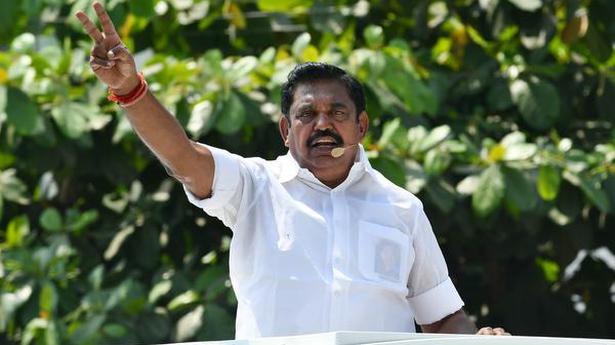 The CM accused DMK president M.K. Stalin and women’s wing leader M.K. Kanimozhi of engaging in “defamatory and false campaigns” against the AIADMK

Chief Minister Edappadi K. Palaniswami on Friday announced, during his election campaign in Tiruppur district, that the State government would ensure three-phase power supply to agricultural pumpsets for 24 hours, to help farmers irrigate their fields.

The CM began the second day of his election campaign near the Udumalpet bus terminus on Friday morning, where he said that the State government had received many demands from farmers regarding 24-hour three-phase supply for their pumpsets. Noting that many farmers reside in Udumalpet, he listed out the various agriculture-related schemes introduced by the AIADMK government.

Mr. Palaniswami accused DMK president M.K. Stalin and women’s wing leader M.K. Kanimozhi of engaging in “defamatory and false campaigns” against the AIADMK. The ‘1100’ helpline to address grievances of the public has been in the works for two months and will be launched in another 10 days, he said.

Speaking at Palladam, he contended that the State government has been issuing advertisements in newspapers listing out its schemes and achievements to counter the “false campaign” of the DMK. Criticising Mr. Stalin’s initiative of collecting petitions from the public, he asserted that the people have decided that the AIADMK government must continue and that the DMK president can become the Chief Minister “only in his dreams.”

Countering Ms. Kanimozhi’s claims that the State government has introduced ‘1100’ helpline only after Mr. Stalin began collecting petitions, Mr. Palaniswami said that over 9 lakh petitions were collected from the public in all the constituencies under the Chief Minister Special Grievance Redressal Programme, out of which the grievances highlighted in over 5 lakh petitions were resolved.

In the middle of his campaigning at Palladam, Mr. Palaniswami asked the crowd to make way for two ambulances which were unable to move forward. He resumed his speech after the ambulances left.

As part of the campaign, he addressed women self-help groups (SHG) at a private hall in Palladam. Listing out the various schemes introduced by the State government for women, he said that ₹12,500 crore was provided to the SHGs through credit linkage during the COVID-19 pandemic period. 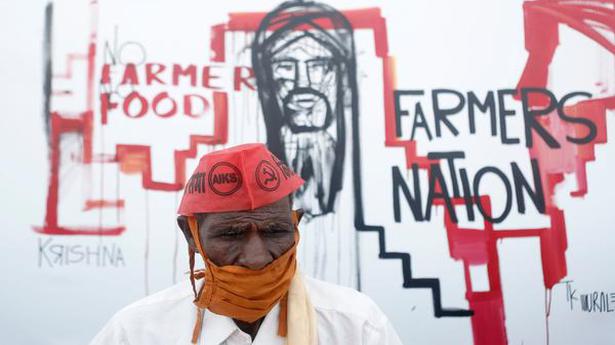