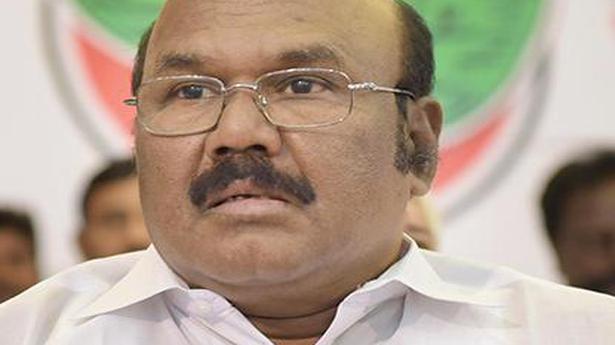 With regard to the call by V.K. Sasikala for working together, the Minister termed it “an invitation” meant for the DMK

Fisheries Minister D. Jayakumar on Wednesday contended that Local Administration Minister S.P. Velumani’s remark on Tuesday on unity among members of the AIADMK had been “twisted” by sections of the media.

Mr. Jayakumar told reporters that Mr. Velumani, while addressing an indoor meeting of the party, had urged the party volunteers “not to quarrel” among themselves over petty matters as they were all like brothers.

As for the call by V.K. Sasikala, former interim general secretary of the AIADMK, and T.T. V. Dhinakaran, general secretary of the Amma Makkal Munnetra Kazhagam (AMMK) for working together, the Minister termed it “an invitation” meant for the Dravida Munnetra Kazhagam (DMK) as the AIADMK was the “common enemy” of the two leaders and the DMK. But, “as far as we are concerned, the DMK is our enemy.”