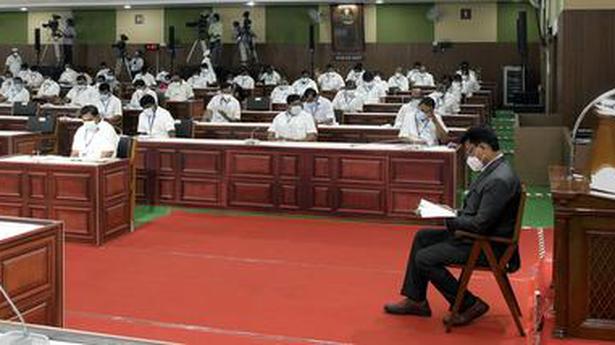 The Governor had appealed to the Opposition to take full advantage of the last Assembly session and take part in the debates, but the Opposition legislators staged a walk out

Repeated efforts by Governor Banwarilal Purohit to convince the Opposition parties not to boycott his address to the Assembly and his advice to them to take part in the House debates went in vain on Tuesday.

Soon after the recital of Tamil Thai Vaazhthu on the third floor of the Kalaivanar Arangam on Wallajah Road, when Mr. Purohit was about to commence his speech, Leader of the Opposition M.K. Stalin attempted to speak but was not allowed to. All members of the Opposition parties stood in solidarity with the DMK president.

When Mr. Purohit referred to the Central allocation of over ₹1 lakh crore for infrastructure in Tamil Nadu, the DMK members objected to it. The Governor sought to know whether there was anything incorrect in the information he shared. He went on to request Mr. Stalin to take “full advantage” by taking part in a debate in the House, as this was the last session of the Assembly before the end of its term.

“This is the last session of this term.. Respect it.. take full advantage it. You should prove it in the debate. Nobody stopped you. I know all of you senior leaders are some of the best orators. Why don’t you use your skills? It is my humble request. Please cooperate,” Mr. Purohit appealed.

As the visibly agitated Opposition members insisted on letting their leader talk, the Governor said: “Why are you getting angry? Don’t get angry with us. There is one suggestion. If you want to register the protest, you can go out for five minutes and come back.” But this was of no avail as the Opposition party legislators walked out of the House.

The first sitting of the last session of the 15th Tamil Nadu Legislative Assembly, which commenced on Tuesday morning will conclude on February 5.

On February 3, the House will make obituary references and pass resolutions to condole the deaths of former Agriculture Minister R. Doraikkannu, legendary playback singer S.P. Balasubrahmanyam and oncologist and doyen of cancer care in the country Dr. V. Shanta among others.

A motion of thanks to the Governor’s address would be moved on February 4 and on February 5, the Chief Minister would deliver his reply to the debate. Other business, if any, would be taken up on the last day of the sitting.

An OTT platform for short filmmakers 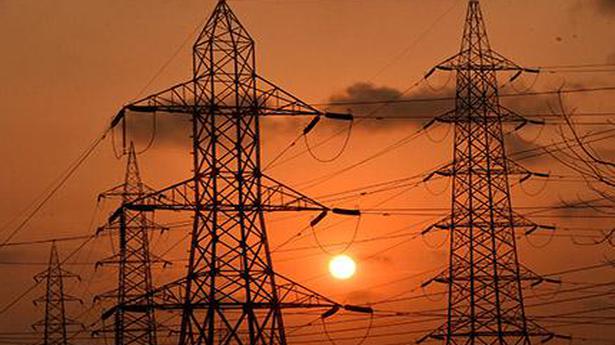