The bugle has been sounded for the assembly elections in Uttar Pradesh. All the parties have started announcing the candidates. The confidence of the Congress, which came into the limelight by registering the names of 50 women in the list of 125 candidates, has such an ‘army’ which is not usually discussed. There are about two lakh trained soldiers in this ‘Army’, who not only took a pledge to give new strength to the Congress in UP, but they will also play an important role on the electoral front. This army of Congress is actually ‘Vichar Sena’, in which Congress was working silently for the last several months. So far this army has been prepared by organizing 470 training camps in 388 assemblies of UP.

workers were trained
Ever since the party’s national general secretary Priyanka Gandhi took over the responsibility of UP, special attention is being paid to strengthen the organization. It was also understood that for the strength of the organization, it is most important that the workers imbibe the core ideology of the Congress, because without it the organization would be like building a structure on paper only. With this thinking, a campaign to train workers on a large scale was started.

Congress gave tickets to 50 women in the list of 125 candidates.

One lakh 90 thousand workers were trained in the training camps.

Five subjects set in one camp
There were usually five subjects prescribed in a camp. The first topic was the ideology of the Congress. In which the Congress’s anti-colonial struggle and the resolutions taken during the independent struggle, democracy, equality, secularism etc. were discussed, which are the basis of the Constitution. Along with this, the reality of the sacrifices and propaganda against the heroes of freedom struggle like Mahatma Gandhi and Jawaharlal Nehru was told. The second topic was ‘Danger to India and Indianness from RSS and BJP’, under which it was told how RSS is busy destroying the pluralistic fabric of the country and the Constitution. The third topic was ‘Kisne spoila Uttar Pradesh?’, under which the negative role played by Samajwadi Party and Bahujan Samaj Party in Uttar Pradesh was discussed.

Learned how to make better use of social media
Apart from this, the workers were also taught the tricks of booth management and better use of social media. How seriously the party was taking these camps is also known from the fact that Congress National General Secretary Priyanka Gandhi addressed the training camps online every now and then. This increased the enthusiasm of the workers involved in the training manifold.

Constitution on target of RSS
Dr. Pankaj Srivastava says that Uttar Pradesh has become the laboratory of the poisonous campaign of the RSS, whose target is the Constitution of the country. BJP is just a mask for which the election ground alone is not enough to fight. The RSS will also have to be defeated on the front of ideas or else the electoral victory achieved through multiplication and mathematics will be meaningless.

Protecting the Ganga-Jamuni Tehzeeb of UP
The way the propaganda of RSS has tried to create a storm of hatred on the land of Buddha, Kabir, Raidas contrary to their teachings, Congress has formed this Vichar Sena to counter it. These ideological warriors of Congress will not only play an important responsibility like booth management in elections, but will also take a village-village front to protect the Ganga-Jamuni tehzeeb of UP. Armed with the ideology of Congress, these soldiers are ready to answer the propaganda of RSS at every crossroads. 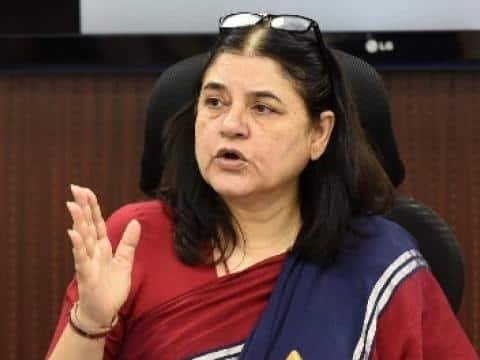