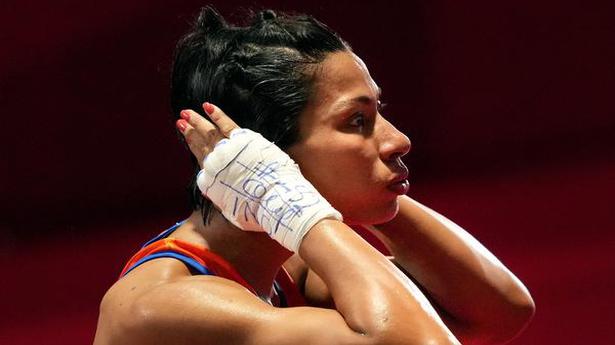 The 23-year-old says she is not satisfied with the third place.

She becomes only the second Indian woman pugilist and third overall, after Vijender Singh (bronze in 2008) and Mary Kom (bronze in 2012) to climb the podium. However, the 23-year-old was not satisfied with the result.

“I’ve just lost, and I am not really happy about it. I’ve had to be content with the bronze medal throughout my career. A medal is a medal, whether it is an Olympic medal or an inter-district one,” she said right after the bout.

When asked if she realised the gravity of her achievement, which puts her among the elites in India’s sporting history, she said: “Ever since I began boxing it has been my dream to win an Olympic gold medal. I trained and spent every moment towards this goal. It feels good that I have a medal, but I could not achieve what I set out to do. I came here with the target of winning the gold medal, I was sure that I would win the gold.”

Lovlina was outplayed by Surmeneli, who won the bout by a unanimous decision. Surmeneli bossed the bout from the start, landing clean, powerful, and accurate combinations on Lovlina’s head to take an early advantage. The taller Indian, who received a standing count, replied with some well-directed counters but lost the first round 5-0. The Turkish boxer continued to attack with the same intensity and the Indian, who was served a warning, got tired due to Busenaz’s power-packed punches. Lovlina still fought on bravely and managed to carry through the contest despite receiving another standing count.

Lovlina admitted her strategy was ineffective against her Turkish opponent. “She was strong, and I knew she would fight aggressively. I felt that if played defensively then I would have to take more punches. I wanted to punch back as good as I got hit,” she said.

Surmeneli, now one bout away from fulfilling her promise to Turkey president Tayyip Erdogan of winning Olympic gold, said she gets her aggressive approach from coach Cahit Sume – a former Olympian.

“My coach is the man who taught me to play aggressively. I feel I can prove myself by being aggressive and dancing in the ring is my signature,” she said. She added that she got some messages from Indian fans on Twitter, who told her not to defeat Lovlina.

The women at Netflix