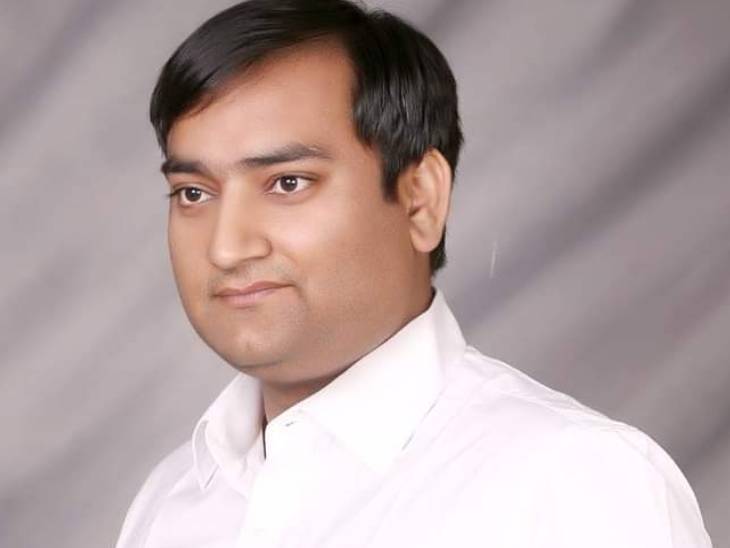 Vishnu Mishra says that he was not in Bhadohi but in Mumbai at the time of the raid.

A video of Vishnu Mishra, son of four-time Bahubali MLA Vijay Mishra from Bhadohi’s Gyanpur assembly seat, has surfaced, questioning the Bhadohi police and Varanasi STF raids. Vishnu Mishra says that he was not in Bhadohi but in Mumbai at the time of the raid. Stayed here in a hotel, for which he also showed the bill. Along with this, the video was also made while staying in the hotel, while the police say that during the raid in Bhadohi on Tuesday, Vishnu Mishra, the son of the arrested MLA, who was hiding at Chandan’s house, escaped.

STF raid…Vishnu’s words
We have come to know that the police and STF team of Gopiganj police station caught Chandan and recovered the pistol. The point of Chandan running away from the house is not true at all. Chandan was going home during the day after distributing the pellets, when the police and STF team caught him. This incident happened on September 7 at 5:50 pm. Today is the 9th, two days ago on the 7th, I checked in at a hotel in Mumbai. If he had been at Chandan’s house in Bhadohi, how would he have come here? I had room number 106 in the hotel. A conspiracy is being hatched against me and my father. Weapons have been collected, preparations are also being made to impose TADA on us.

Vishnu Mishra, the MLA’s son from Shree Shlok Hotel in Mumbai, has shown his presence in Mumbai by making a video, while Bhadohi police has declared him absconding after the raid.

Police claims Vishnu Mishra was hiding in Chandan’s house
The village head of Anapur, Chandan Tiwari, who was the gunner of Bahubali MLA Vijay Mishra, was arrested by the team of STF Varanasi from Gopiganj police station area on Tuesday. Police say that the MLA’s son Vishnu Mishra, who was hiding at the house, escaped, while Vishnu has denied this claim. Two 9 mm pistols and cartridges were recovered from Chandan. A case was registered against the accused Chandan at Gopiganj police station.

The MLA’s son Vishnu Mishra has also shown the hotel bill in Mumbai. In which the date of check-in is lying on the same day the STF raided Bhadohi. He also showed the key to his room.

Case filed against Vishnu
Krishna Mohan Tiwari, a relative of Bahubali MLA Vijay Mishra, had filed a case against the MLA, his sons, daughters and others in the past. The MLA’s family and some of his close relatives are accused of forgery, forcibly grabbing a vehicle, firm, etc. 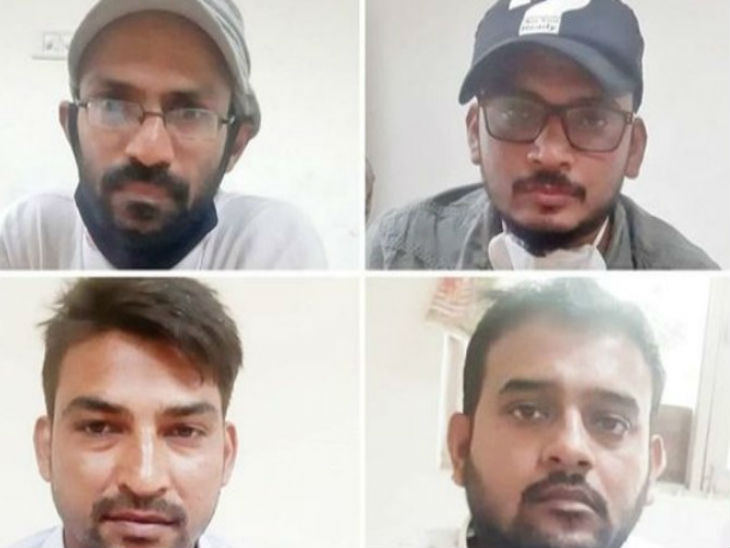 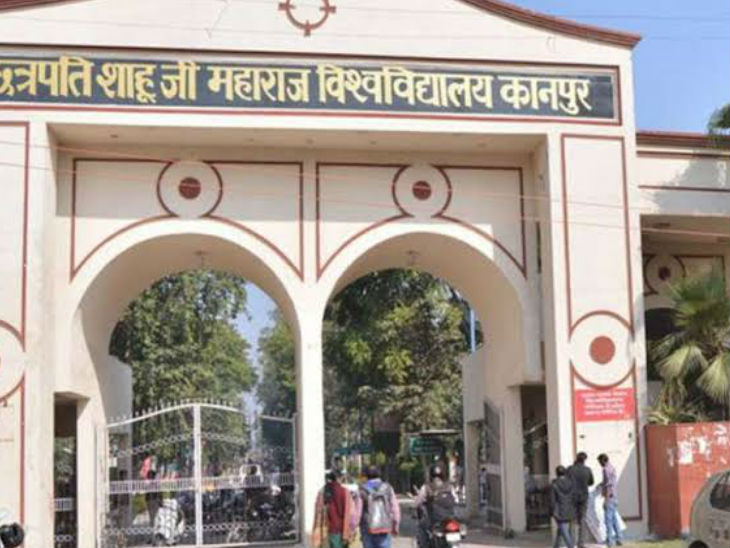 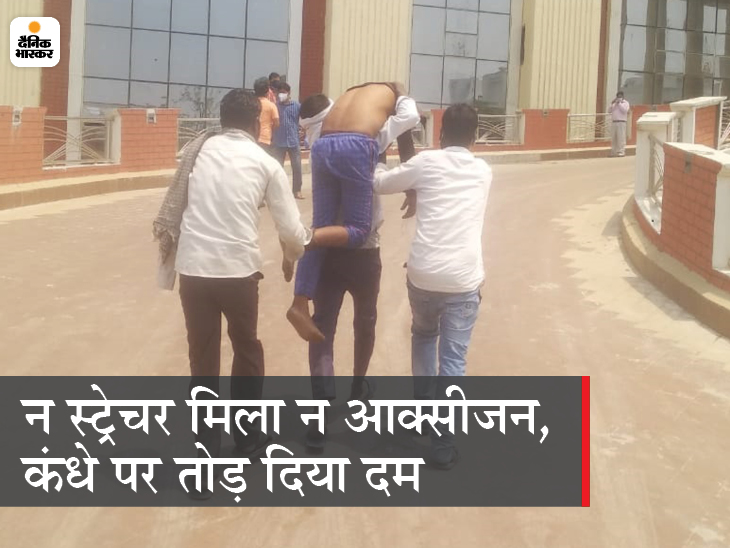 Yogi Adityanath Meeting With Hospital Officers As Covid Pateint Dies Outside Due To Lack Of Oxygen | In the medical college, CM Yogi kept meeting with officers, outside Corona infected died on brother’s shoulder due to lack of stretcher-oxygen.