The newly laid second line between Netravathi Cabin and Mangaluru Central Railway Station will be put into operation from Wednesday itself after the Commissioner of Railway Safety (Southern Circle) conducted its statutory inspection and issued the required certificate on Tuesday.

CRS A.K. Rai, along with his deputy E. Srinivas and senior officials from Southern Railway, conducted the statutory inspection of the 1.6 km second line, including the track, level crossings, electrical and signal installations and other equipment between 9 a.m. and noon.

Divisional Railway Manager of Palakkad Division Trilok Kothari, who accompanied the inspection team, told The Hindu the CRS was satisfied with the system and issued the certificate to operate passenger trains on the section. Thus, the waiting time of trains beyond Ullal Bridge (Netravathi River) to enter Mangaluru Central would get considerably reduced, the DRM said.

“When the CRS has issued the track fit certificate, there is no meaning in waiting to operate trains on the new line. Hence, we will operate trains on the new line with immediate effect,” Mr. Kothari said. He appreciated the speed at which the construction wing of Southern Railway executed the second line work in a span of about a year, in the midst of COVID-19 lockdown.

As part of the doubling in the section, construction of the new double line was completed with modifications in the existing Points and Crossings, Signalling arrangements, Bridges, Level Crossings and Road Over Bridges. Train operations system at Mangaluru Central has also been upgraded from the Route Relay Interlocking System to state-of-the-art Electronic Interlocking System.

Southern Railway is committed to improve Railway infrastructure in Mangaluru region though its presence in Karnataka was very small, Mr. Kothari said. Asked whether the doubling would help introducing more trains to and from Mangaluru Central, the DRM said that would take some more time.

As a part of construction of two additional platforms (5 and 6), shifting of the existing pitline (rake cleaning line) was being done and new pitline work was expected to get completed in about six months. Thereafter, work on additional platforms would commence, Mr. Kothari said. After all these works were completed, Mangaluru Central could handle more trains while new trains could be introduced to and from the station. 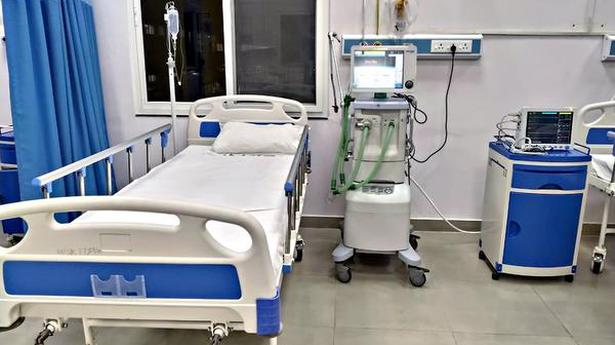