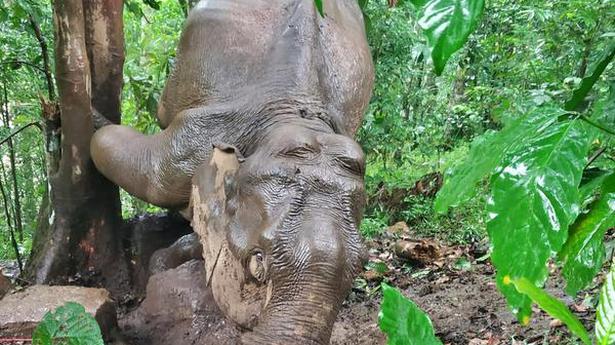 
The Forest Department officials of South Wayanad forest division have rescued a 15-year-old female elephant at Elamala near Mundakkai forest in the district after its right, front leg got stuck between the branches of a tree while it was trying to pick jackfruit from a private plantation.

A 56-year-old woman was attacked by a herd of elephants on Friday morning at Mundakkai under the Meppadi range of forest when she was going through the forest path for daily work in a cardamom plantation near her house. The woman, identified as Leela Balan, was admitted to a private medical college hospital at Meppadi with serious injuries.

The leg of the elephant got stuck between two branches of a tree while the animal was trying to pick jackfruit from a private plantation adjacent to the forest, said Mr. Kumar. However, the forest officials rescued the elephant after an operation that lasted around five hours.

Later, the animal left to the nearby wilderness along with its herd. Separate teams of frontline forest officials were constituted to observe the movement of the elephant and to patrol the area round-the-clock, said Mr. Kumar. It was suspected that a member of the herd, who was trying to help the elephant escape, had attacked the woman, he added. 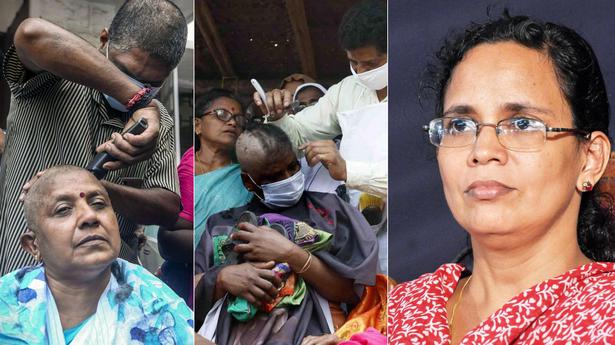 Kerala Assembly Elections | Three women and their acts of defiance