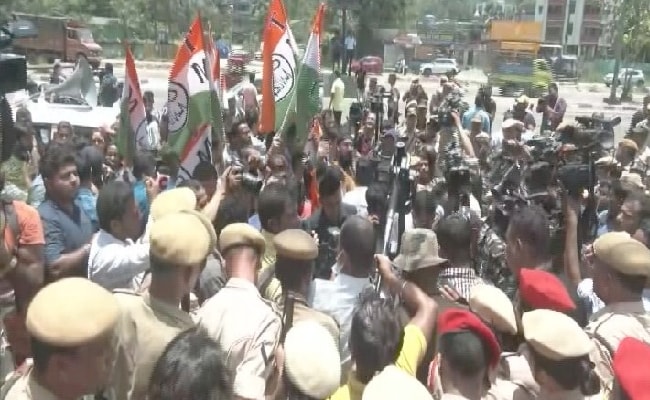 Outside the hotel in Guwahati where Shiv Sena rebels are staying, the Trinamool Congress staged a massive protest this morning.

The protest was led by Trinamool Congress’s Assam chief Ripun bora. A large number of policemen and security personnel tried to keep the protesters in check.

The protesters shouted slogans accusing Assam’s ruling BJP of investing all its resources in enabling the Shiv Sena coup in order to topple the Uddhav Thackeray government in Maharashtra.

The Trinamool Congress alleged that the state government had done nothing to alleviate the sufferings of those hit by massive floods in the state. Over 55 lakh people have been affected by the floods caused by the rising waters of the Brahmaputra and Barak rivers. Since May, 89 people have died in the floods.

The protests outside the Radisson Blu hotel in Guwahati became a sideshow to the Maharashtra coalition drama featuring rebels who have been at the hotel since Wednesday, prepping for a coup in the Shiv Sena that leads the coalition.

Eknath Shinde’s supporters claim about 40 MLAs are at the hotel, comfortably above the 37-mark needed for the rebels to split the party without risking disqualification under the anti-defection law.

The BJP has officially maintained that it has nothing to do with the crisis and that it is an internal problem of the Shiv Sena.

Sources, however, say the party is waiting for the Shiv Sena rebels to gather enough numbers for the next stage of what is seen to be the BJP’s “Operation Lotus” in Maharashtra to topple the Uddhav Thackeray-led coalition and establish a new government of the Sena rebels and the BJP.

The BJP has outwardly kept its distance but has hosted the rebels since they first flew out of Mumbai on Monday night.

Eknath Shinde and his group first moved to Surat in BJP-ruled Gujarat. They were flown by special flights to Assam, another BJP-ruled state, late on Tuesday night and were driven, escorted by heavy security, to the Radisson Blu hotel in Guwahati. Chief Minister Himanta Biswa Sarma was seen at the hotel before their arrival.

Targeting Judges “A Fashion”, Most Cases In Maharashtra, UP: Supreme Court 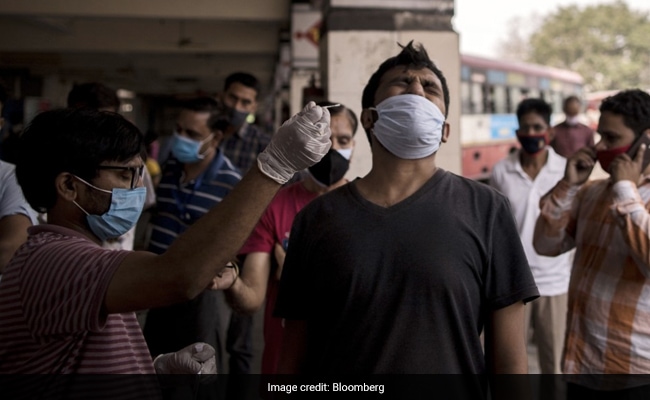