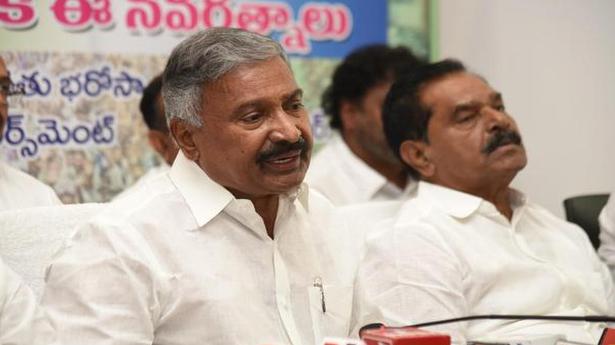 
Panchayat Raj Minister Peddireddi Ramachandra Reddy has hailed the triumph of the YSRCP-backed candidates in the third phase of the panchayat elections in Kuppam constituency, the home turf of TDP national president N. Chandrababu Naidu, and has termed the “landslide victory” as a gift to Chief Minister Y.S. Jagan Mohan Reddy.

The ruling party leaders are visibly elated over bringing into their kitty more than 80% of the panchayats in the constituency, considered the fortress of the Leader of the Opposition leader.

Terming the victory as a clear indication of the voters’ acceptance of Mr. Jagan Mohan Reddy’s administration, Mr. Ramachandra Reddy said, “The opposition party has been blaming the well-intended welfare schemes, creating legal hurdles for developmental projects and spreading canards that the government is pushing the State into a debt trap.”

“Now, the verdict has come as a death blow to the TDP as it vindicates our governance.” Mr. Ramachandra Reddy told the media at his residence here on Thursday.

The Minister flayed the opposition party for twisting facts and spreading misinformation through select media platforms that the TDP supporters had won a majority of the seats.

Dubbing Mr. Naidu as a “perennial conspirator,” Mr. Ramachandra Reddy advised him to mend his ways and wake up to the reality before his popularity slid further.

He acknowledged that the tide turned in favour of the YSRCP due to the unstinting efforts of the Chittoor MP N. Reddeppa and Kuppam Assembly constituency in-charge K. Bharat.

Demanding Mr. Naidu’s resignation on moral grounds, Mr. Ramachandra Reddy wondered how he had managed to win Kuppam for two decades with dissatisfaction so rife among the voters who had “clearly disowned the TDP.”

Deputy Chief Minister K. Narayanaswamy criticised Mr. Naidu for resorting to negative campaign against the government. “The results have proved him wrong,” he pointed out.

Mr. Bharat, son of retired bureaucrat K. Chandramouli, who had contested in vain against Mr. Naidu in Kuppam in the general elections, attributed the victory to the “last mile delivery” of the welfare schemes in the tail-end constituency. 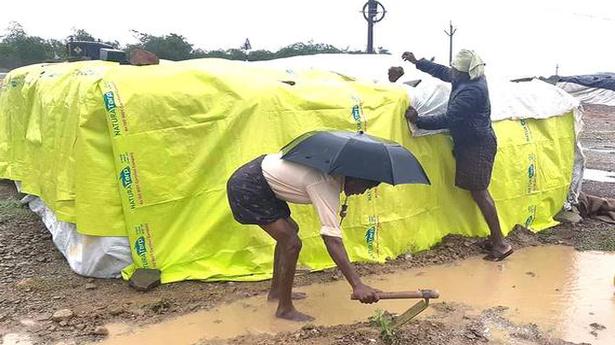 Paddy crop in Anantapur bears the brunt of Cyclone Nivar

Kundu a bane for Kurnool people