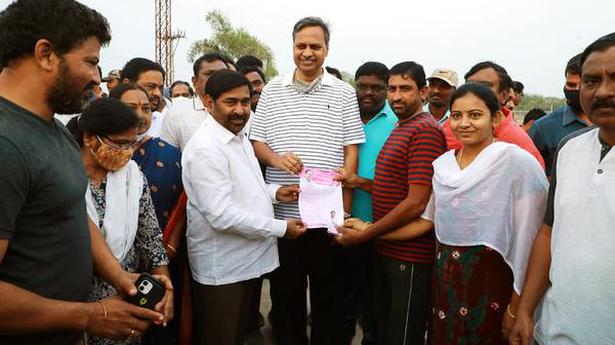 
In the continuation of the election season in Telangana, six erstwhile big districts will see yet another fight between the ruling party and the opposition through the Graduate MLC polls for two constituencies.

However, the fight by the ruling party is likely to be limited to the Nalgonda-Khammam-Warangal Graduates constituency as the party doesn’t seem to be in the mood to nominate its candidate for the Hyderabad-Mahabubnagar-Rangareddy constituency so far for political reasons.

Several Independents are also in the fray and noted names among them include Naveen, also known as Teenmar Mallanna and Rani Rudrama Devi. Vijaya Saradhi Reddy, backed by the Communist parties, is also trying his luck.

The elections assume significance as voters see Mr. Rajeshwar Reddy as a representative of Chief Minister K. Chandrashekhar Rao given his proximity to him. He is way ahead of others in campaigning and touring the constituency for the last six months.

The entry of Mr. Kodandaram has given a momentum to the campaign as he is seen as a symbol of anti-KCR groups in Telangana. P. Srisail Reddy, member of the TJS Political Affairs Committee, says voters are convinced that only Prof. Kodandaram can fight the TRS. “So, we have a head-start here and will end up winning as youngsters are fed up with the TRS government,” he claims.

There is likely to be a division in votes as all the Independent candidates have influence among some sections apart from the BJP that is expecting huge support, particularly among the first-time voters. Ramulu Naik is depending on voters from his community apart from the traditional Congress supporters.

This division is what TRS wants to cash in on. “We have substantial base in these districts with the MLAs and Ministers having a sway over the region,” says a senior TRS leader. Going by the high voltage campaign of the TRS, it looks like the ruling party doesn’t want Prof. Kodandaram to win at any cost as it would be seen as a negative vote against the Chief Minister.

Comparatively, the Hyderabad-Mahabubnagar-Rangareddy constituency lacks the intensity in the fight with the ruling TRS not so keen on the contest. Luck has not been in its favour here despite winning several elections across the State.

So far, the TRS has not shown any intentions either to select a candidate though names of young leaders like Marri Rajashekhar Reddy, former Mayor Bonthu Ram Mohan and Varkatam Jagannath Reddy cropped up. Interestingly, TRS has 36 MLAs covering this Graduate constituency.

Mr. Rajashekhar Reddy, considered close to TRS working president K.T. Rama Rao, has been active in the party despite his narrow defeat to A. Revanth Reddy of the Congress in the Lok Sabha elections from Malkajgiri constituency. He was keen on the contest given his wide connections through his educational institutions. Mr. Jagannath Reddy from Makthal too had been claiming the nomination after he joined from the BJP.

Whether the absence of TRS benefit BJP candidate and sitting MLC N. Ramchander Rao or the Congress candidate G. Chinna Reddy is to be seen. Another top contender is former MLC K. Nageshwar, who represented the constituency earlier. The TRS is likely to extend its support to him, sources say, though unofficially. 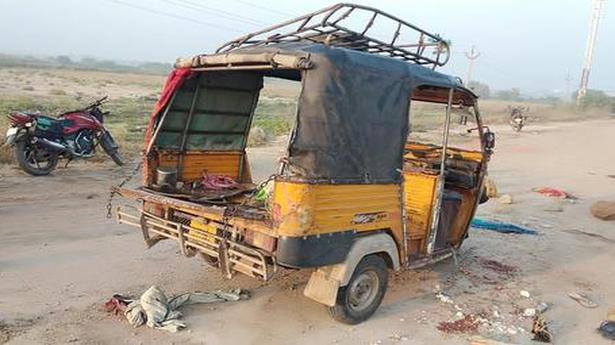 One farm labourer dead, another critical in auto-rickshaw accident on NH-67