Adopting a pragmatic approach towards the dreaded COVID-19 which is yet to come under control, the TTD on Tuesday announced that it was confining the celebrations related to the Navaratri Brahmotsavams to the inner portals of the temple of Lord Venkateswara here.

All the vahana sevas will be observed at the Kalyanotsava Mandapam inside the temple in ‘ekantham’ (without presence of devotees).

TTD’s Sri Venkateswara Bhakti Channel (SVBC) will telecast live all the proceedings of the nine-day festival commencing on October 16.

On October 1, the TTD announced that the daily processions of various vahanams would be taken out in the mada streets encircling the shrine and also allow a limited number of devotees to witness the festivities from the open galleries. To ensure sufficient physical distance among devotees, markings were also painted at the galleries.

However, the new TTD Executive Officer K.S. Jawahar Reddy, who till recently closely monitored the COVID-19 situation as the Special Chief Secretary, Health, Medical and Family Welfare, before the current posting, is said to be averse to taking any risk with pilgrim safety and resolved to confine the festivities to the temple in adherence to the health guidelines issued by both the State and Central governments.

The fresh health guidelines issued by the Union Health and Family Welfare Ministry that none of the religious or cultural events conducted outdoor should exceed a congregation of 200 persons is believed to be the major reason for arriving at the decision, besides the fact that there is no significant reduction in infections during the past 20 days since the completion of the first Brahmotsavams. 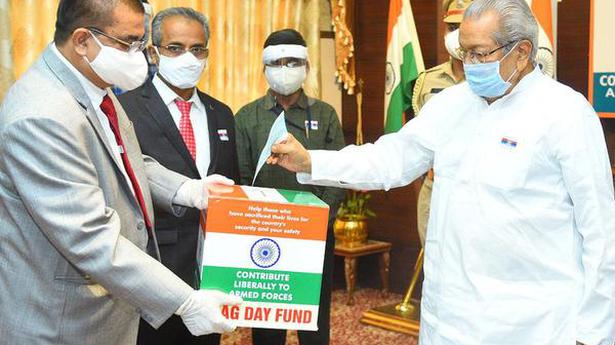 Governor recalls sacrifices made by jawans

Include Kapus in BC category, urges outfit