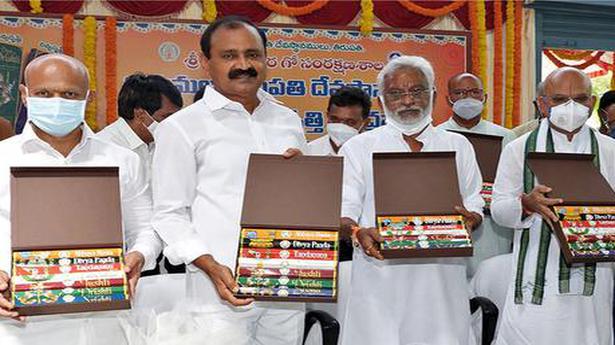 
The Tirumala Tirupati Devasthanams (TTD) on Monday ventured into the field of manufacturing and sale of agarbattis (incense sticks) made from the flowers used in the daily rituals of deities at various temples under its purview.

The incense sticks will be available for sale in seven brands to suit the requirements of the devotees. The flowers used in decoration of the temples on festive occasions will also be used for manufacturing of the incense sticks. However, the TTD Chairman made it clear that the floral garlands used in the Lord Venkateswara temple will not be used for the purpose. Bengaluru-based Darshan International Company has set up the manufacturing unit, which it described as a service to the Lord. Around 10 machines with a combined capacity to produce 3.5 lakh agarbattis per day have been installed at the manufacturing unit.

Meanwhile, the TTD also signed an MoU with YSR Horticulture University on dry flower technology. As part of the agreement, photos, calendars, key-chains, paper weights and rakhis will be manufactured from the used flowers and made available for sale.

Tension in Kuppam after police foil walkathons by TDP, YSRCP