Sundaravarada Bhattacharya, the Agama adviser to the Tirumala Tirupati Devasthanams (TTD), died of cardiac arrest on Tuesday. He was 86.

He suffered a heart stroke just before participating in the Vasantha Panchami event organised by the TTD at the AC Subba Reddy stadium in Nellore. He reportedly died before he could be shifted to a nearby hospital for treatment.

Mr. Bhattacharya had served the TTD for nearly two decades.

The mortal remains will be brought to Tirupati late on Tuesday or in the early hours of Wednesday. 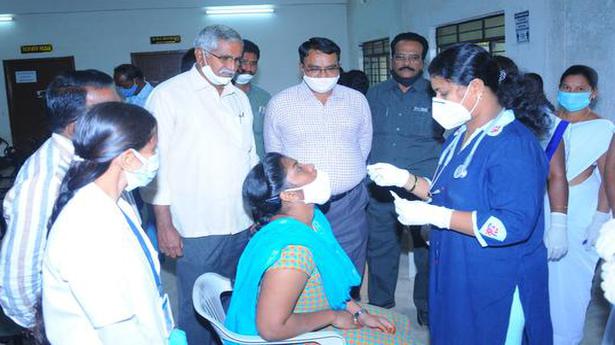 ‘MR College has always been a private institution’