The two-day tuber and roots mela that concluded here on Sunday helped to promote their consumption and ensure nutritional security, while also helping farmers.

Organised by Sahaja Samruddha and Rotary Club of Mysore (West), the two-day event had farmers from across the State showcasing a variety of tubers and roots.

Krishnaprasad of Sahaja Samruddha, instrumental in conducting the mela, said certain tubers and roots could be a source of food security at the household level and their intention was to promote cultivation in the backyard to ensure adequate nutrition for the local populace. He also emphasised the need for their value addition for greater acceptance among urban consumers. The use of tubers and roots as a popular source of protein and vitamins had taken a backseat to a point that they had been forgotten, more so in urban areas, he said. But individual farmers are propagating cultivation. M.N. Shaaji, a farmer from Manadavadi was a case in point. He has so far conserved 120 tubers and roots, travelling across Kerala, Andaman and Nicobar Islands, etc., to collect rare varieties. Now he is cultivating them on his farm to produce seeds and has exhibited his collections at the mela, he said.

This has also spanned a few start-ups. Suhas, an entrepreneur, has ventured into producing ice-cream with different varieties of fruits, tender coconuts, etc., apart from purple yam ice-cream. The increase in health consciousness has also led people to open up to natural forms of food which was expanding the market for tubers and roots, according to the organisers.

The valedictory on Sunday saw a surge in the crowd at the venue. A team from Tamil Nadu, Maharasthra, Andhra Pradesh collected rare seed materials for cultivation in their States. Meeting next week on State’s readiness over vaccine: Sudhakar 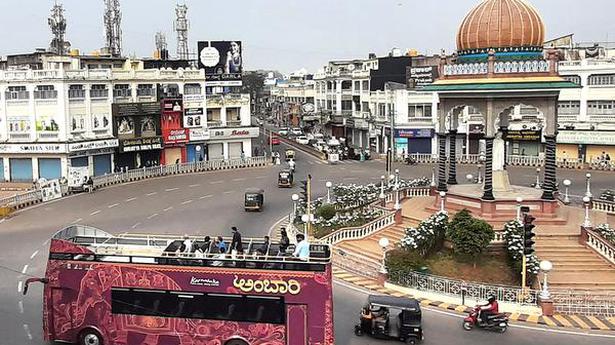