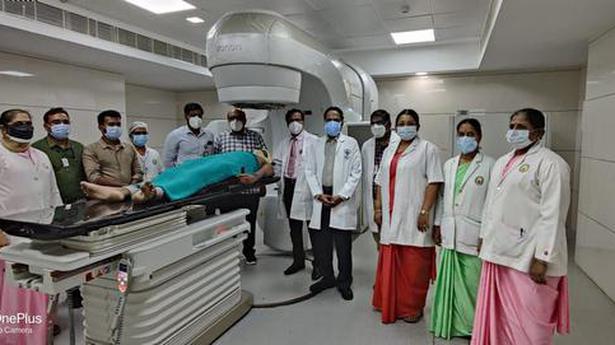 
Doctors at Government Rajaji Hospital have successfully treated a youth who reported with a benign but inoperable brain tumour with pencil-precision radiation that has same efficacy as surgery and spares the normal tissues around from getting affected.

The procedure – High Precision Stereotactic Radiotherapy (HPSR) – was performed on a 24-year-old youth from Ramanathapuram in six sittings. He was discharged on Saturday with no other complication. The treatment using linear accelerator true beam machine was given for the first time in any government hospital in Tamil Nadu, according to the GRH Dean A Rathinavel. The state-of-the-art equipment costing ₹22 crore was installed last September. GRH is one of the nine centres in the State to have this equipment.

Explaining the procedure, radiation oncology head P. K. Baskaran said that the patient had a history of epileptic seizures. He was on anti-epileptic medication for the last 15 years at different hospitals in Tamil Nadu, Kerala and Karnataka. Recently, when the frequency of his fits increased, he came to GRH last month and was diagnosed with Arteriovenous malformation.

“Though the growth was benign, it was critically positioned below the brain (in right parieto occipital area) and performing conventional surgery in the delicate area could have increased the risk of permanent neurological damage,” Dr. Baskar told The Hindu.

Though surgery is the primary modality for tumours, in critical cases depending on the location, radiation is used for necrosis of the tissue, he explained and added, the normal radiotherapy would have taken 45 days because of the small dose of radiation given to minimise the impact on surrounding tissues.

With HPSR, the patient was saved of hospitalisation, number of sittings and side-effects. Action was taken at the right time or the tumor could have progressed into malignancy, he said. The patient will be under six months observation for a number of seizure episodes, which the doctors say will drastically reduce or permanently go away.

In the last one year at GRH Regional Cancer Centre, Balarengapuram, the high-end conformal radiation has been done on 1,200 patients with breast, cervix, oesophagus, lungs and other cancers free of cost under the Chief Minister’s Comprehensive Health Insurance Scheme, the Dean said. 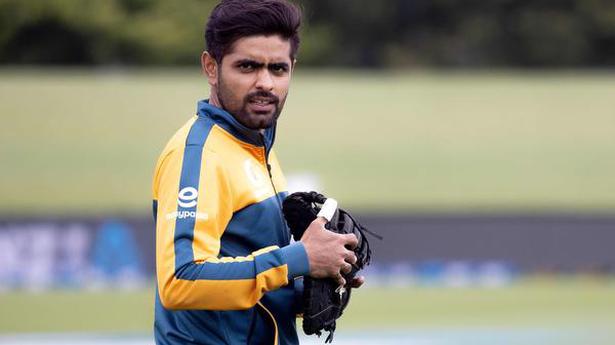 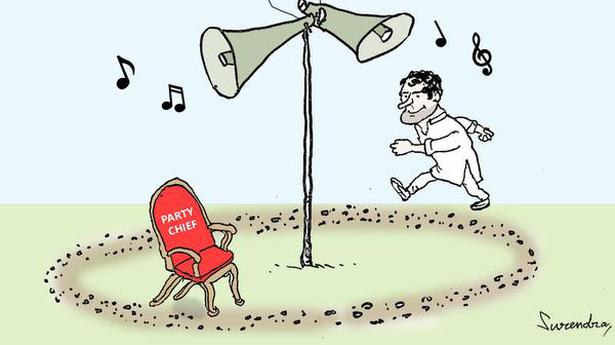 The dream sellers of Kerala