India has termed as “completely unacceptable” references to Jammu and Kashmir by Turkish President Recep Tayyip Erdogan during his address to the high-level debate at the U.N. General Assembly, saying Ankara should learn to respect the sovereignty of other nations and reflect on its own policies more deeply.

“Turkey should learn to respect the sovereignty of other nations and reflect on its own policies more deeply,” India’s Permanent Representative to the U.N. Ambassador T.S. Tirumurti said in a tweet on Tuesday.

We have seen remarks by President of Turkey on Indian UT of Jammu & Kashmir. They constitute gross interference in India’s internal affairs and are completely unacceptable. Turkey should learn to respect sovereignty of other nations and reflect on its own policies more deeply.

Erdogan, in his pre-recorded video statement to the General Debate at the 75th session of the U.N. General Assembly, made a reference to Jammu and Kashmir, saying the issue of Kashmir, “which is also key to the stability and peace of South Asia, is still a burning issue. Steps taken following the abolition of the special status of Jammu-Kashmir further complicated the problem.”

Also read: In Kashmir, still a long way to go

He said that Turkey was in “favour of solving this issue through dialogue, within the framework of the United Nations resolutions and especially in line with the expectations of the people of Kashmir”.

The Turkish President, a close ally of Pakistan, had last year also raised the issue of Kashmir in his address to the high-level General Debate in the General Assembly Hall.

Also read: A year on, Article 370 and Kashmir mythmaking

India has rejected any third-party intervention in the Kashmir issue and has maintained that all outstanding matters in Indo-Pak ties should be resolved bilaterally. 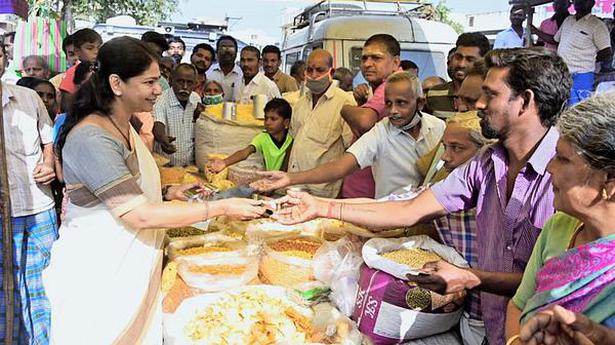 Will seek support for polls from my friend Rajini, says Kamal