Two Andhra Pradesh-based gold ornaments traders died in a car accident which occurred on the outskirts of Malaypalli village, Ramagundam, on Tuesday early morning. The driver of the vehicle and another person in the car suffered injuries.

The two victims were identified as Kotha Srinivas (23) and Kotha Rambabu (45). The two brothers from Narsaraopet, Guntur, Andhra Pradesh, make gold ornaments based on orders and hand it over to clients. On Monday night too, they started from their native place at around 10.30 p.m. to deliver the ornaments at various places in Telangana.

Ramagundam Circle Inspector T Karunakar Rao said that the driver of the vehicle fell asleep while driving, leading to the accident. While Srinivas and Rambabu died, their relative G Santosh and the driver T Santosh escaped with injuries. The police said that condition of the two injured was not serious. A case was registered against the driver. Gold ornaments weighing about a kg were recovered from the scene of the accident. The made-to-order ornaments were to be supplied to the local jewellers, police said. 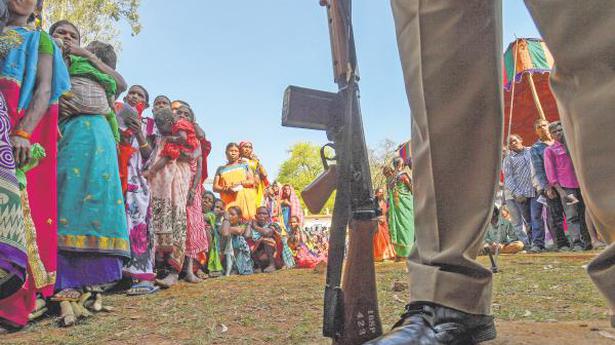