The police arrested two persons accused of storing and selling liquor without licence and recovered liquor meant to sold through military canteen outlets in Belagavi on Tuesday.

Rajesh Keshav Naik and Shankar Basavant Desur had stored around 750 bottles of liquor smuggled from Goa and bottles that are sold only to serving and retired members of the armed forces. The total cost is estimated to be ₹12 lakh.

The police said that the accused were trying to sell the goods without proper licence and permits. They also accused them of diverting goods away from military canteen. The police suspected that they were hoarding the liquor for distribution in the forthcoming Lok Sabha bypolls. 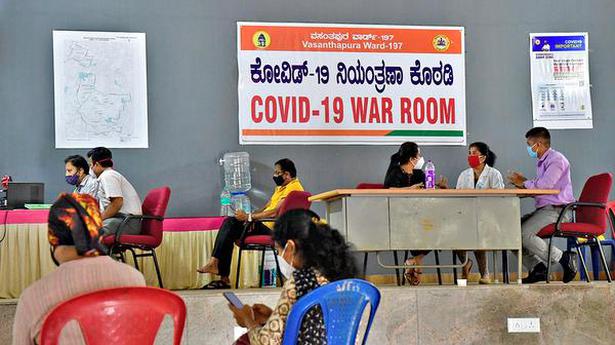 An average of 7.7 contacts traced for every COVID-19 patient in Bengaluru