Two others sustained injuries in the accident that took place on Sunday night, near Alanganallur

Two young men were killed and two others sustained serious injuries when four persons riding a motorbike were involved in an accident near Alanganallur on Sunday night.

The police said that G. Naveen Sankar (23), an army man, had come home to Kondaiyampatti on leave. He had hosted a party for his friends and four of them were going to an eatery in Thanichiyam on a motorbike.

The police said that the speeding bike hit a roadside tree on Kondaiyampatti-Thanichiyam Road at around 9.15 p.m. While C. Sasi (22) and M. Balamurugan (23) were killed on the spot, Naveen Sankar and J. Santhana Karuppu (19) who sustained head injuries were taken to the Government Rajaji Hospital.

Alanganallur police have registered a case. 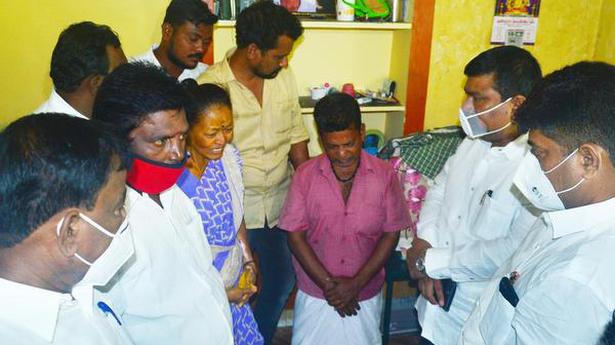