Two teenagers were charred to death, while three others were critically injured when lightning struck them in the fields at Kodambattu village in Sullurupeta mandal in Nellore district on Monday evening. The deceased and injured students belonged to Kuvvakoli village of Varadaiahpalem mandal in Chittoor district, a few metres away from the tragic spot.

According to the Varadaiahpalem police, some students were playing cricket at a field that falls on the border zone. Around 4 p.m., the boys rushed to the shade of a neem tree when it started raining. In a few minutes, lightning struck the tree, killing two of them, and injuring three.

The deceased were identified as Geetham Komal (17) and Muniraju (18). The three injured students, Dinesh, Anam Vinay and Anam Adarsh, all three aged 17, were rushed to a hospital in Nellore, and the bodies of the deceased were shifted to area hospital for autopsy.

Varadaiahpalem Sub-Inspector Purushottam Reddy said that as the place where the incident occurred falls under the jurisdiction of Sullurupeta police in Nellore district, the area police were informed about the tragedy, and a case was registered there. 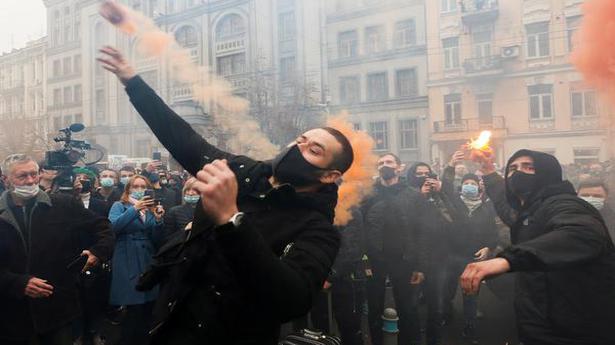