The former Minister and seven-time MLA Ramalinga Reddy and the former MP R. Dhruvanarayan, who have been newly appointed as working presidents of the Karnataka Pradesh Congress Committee (KPCC), will take charge on Sunday.

Both of them will take charge at a function to be held at Chowdiah Memorial Hall in Bengaluru in the presence of KPCC president D.K. Shivakumar, Leader of the Opposition Siddaramaiah, and city legislators of the party.

The party high command had appointed three working presidents — Satish Jarkiholi, Eshwar Khandre, and Saleem Ahmed — when it appointed the KPCC president in March last year. There was demand for greater representation to various communities.

On Thursday, leaders of the Congress belonging to SC (Left) met AICC general secretary Randeep Singh Surjewala and demanded the appointment of a working president belonging to their community. It was led by the former Minister H. Anjaneya, Rajya Sabha member L. Hanumanthaiah, and MLC R.B. Timmapur. Mr. Hanumanthaiah had demanded that someone from the Madiga community be made the party’s working president.

Man kills toddler, born out of wedlock, to protect career 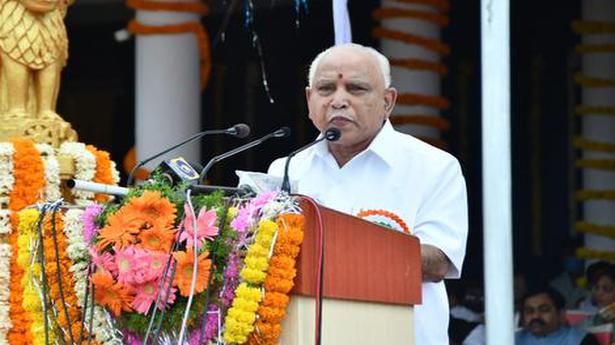