The Trinamool Congress (TMC) on Sunday criticised the Uttar Pradesh government and Chief Minister Yogi Adityanath for running an advertisement in an English language publication with photographs of a Kolkata flyover. A number of TMC leaders took to social media accusing Mr. Adityanath of “stealing images from infrastructure seen in Bengal”.

“Transforming UP for @myogiadityanath means stealing images from infrastructure seen in Bengal under @MamataOfficial’s leadership and using them as his own! Looks like the ‘DOUBLE ENGINE MODEL’ has MISERABLY FAILED in BJP’s strongest state and now stands EXPOSED for all!,” TMC general secretary Abhishek Banerjee tweeted.

A number of Ministers of the West Bengal government, including Urban Development Minister Firhad Hakim, said that Maa Flyover, which had been represented in the advertisement was the pride of Kolkata and completed under the Trinamool Congress regime. “Previously BJP used photos from failures of law & order of their states to spread misinformation about West Bengal. Now they use photos of the flyover built under the leadership of #MamataBanerjee and under my chairmanship of KMDA to advertise for the “development” in UP,” Mr. Hakim said. Senior TMC leaders Partha Chatterjee and Lok Sabha MP Mohua Moitra also took to social media highlighting the issue and tearing into the Uttar Pradesh government for the advertisement.

The advertisement “Transforming Uttar Pradesh Under Yogi Adityanath” carried on Sunday in an English language publication has a cutout of Mr. Adityanath with a flyover that resembles Kolkata’s “Maa flyover” that connects the central part of the city with Salt Lake and Rajarhat located in the northeastern fringes of the city. The image also has Kolkata’s iconic yellow taxi and a high rise that resembles a five-star hotel in the city next to the Maa Flyover.

The West Bengal BJP leadership, including State president Dilip Ghosh, tried to defend the advertisement saying that even if it was an error, the TMC should have approached the courts instead of making a noise in the social media. 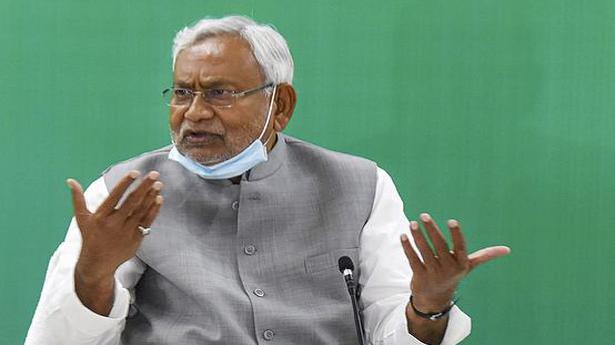 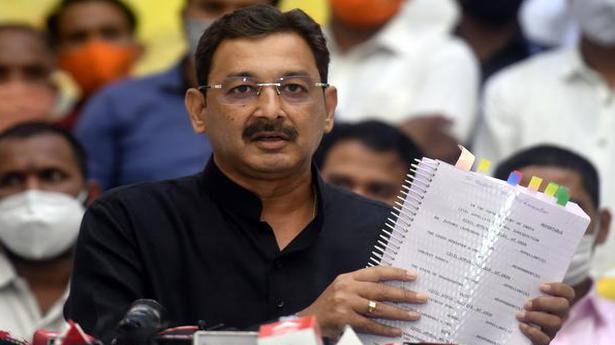