Shakhavat Kha, the maternal uncle of research scholar Atiq-ur-Rehman, says he was detained by the police in Mathura only because the Uttar Pradesh government wanted Muslim “scapegoats” to divert attention from the rape case of a Dalit girl in Hathras.

“These are Muslim boys. So they [police] made them scapegoats,” Mr. Kha told The Hindu on Monday, a day before a habeas corpus plea filed by him in the Allahabad High Court seeking the release of his nephew and two others from “unlawful custody” is listed.

Mr. Atiq-ur-Rehman, activist Masood Ahmed, Malayalam journalist Siddique Kappan and Mohammad Alam, the driver of the cab ferrying them, were arrested by the Mathura police on October 5 while they were on their way to meet the family of the Hathras victim.

They were booked under the Unlawful Activities (Prevention) Act 1967 and sedition, charged with allegedly raising funds for terror acts and accused of conspiring to trigger caste riots over the Hathras incident. The families of the accused persons claimed they were falsely implicated and are baffled at the degree of the allegations.

Aged 26, Mr. Atiq-ur-Rehman hails from Muzaffarnagar and is preparing for a Ph.D after completing his Masters in Library and Information Science in 2017. He is also the national treasurer of the Campus Front of India outfit.

Mr. Kha says his nephew suffers from a heart valve disease and for treatment he would often visit Delhi, from where the four had left for Hathras as part of a delegation.

He wonders why his nephew was booked under serious charges for merely trying to reach out to an aggrieved family. “Leaders from the SP, BSP, Congress and RLD also went there. Why did they not file [such] charges against them? That would not have covered up the government’s infamy,” he said.

Mr. Kha said there was no link, criminal record, bank account or background connecting his nephew to the alleged conspiracy.

In Bahraich, Mr. Masood Ahmed’s brother Mohsin is also bemused by the police charges. “When there is no link or evidence, I don’t know why he was arrested,” said Mr. Mohsin, describing his brother as someone focused on studies. “All the allegations are fake and they are only extending his detention even when nothing has been found against him, not even one per cent,” he said.

Mr. Mohsin also alleged that his brother may have been targeted for his religious background.

“Muslims are more under target now. The government wanted to clear its name in the Hathras controversy so it arrested them on fake charges,” Mr. Mohsin said.

A resident of Jarwal town, Masood has been a student of Jamia Millia Islamia University for the last seven years, completing his Masters in Public Administration in 2018 and M. A Social Exclusion in March this year.

Apart from pursuing Ph.D and being a civil service aspirant, Masood was serving as the Delhi general secretary of the CFI.

The family of Mohammad Alam, the driver, are also in disbelief. Alam, a native of Rampur, and sole breadwinner of his family, was merely doing his duty and ferrying the three passengers to Hathras, said his brother-in-law Amir.

“He is a driver. He knows nothing. Has not even studied much. He will go wherever the passengers assign him to,” said Mr. Amir, stressing that Alam did not know the other three personally.

The habeas corpus petition filed on behalf of the three said they “are peace-loving, public-spirited and concerned law-abiding citizens, who are unfortunate victims and scapegoats of the high-handedness of the police authorities.”

“They have committed no offence, which is clear from a bare perusal of the Sections slapped on them and the allegations in the FIR, which are completely false and bogus, and no case as against them is made out,” said the petition.

Shashwat Anand, lawyer for the accused persons, said they were challenging their entire detention from day one as illegal.

The four were arrested under preventive powers of the police under Sections 151, 107 and 116 CrPC, he said.

“The arrest itself is illegal because it was in contravention of the Supreme Court guidelines in the D.K. Basu case. They were not informed about the grounds of their arrest and none of their relatives or friends were informed,” said Mr. Anand.

The executive magistrate then remanded them directly without recording any reason even though it only has the power to ask for bond and issue show-cause notice, added Mr. Anand.

The Supreme Court is hearing a plea filed for the release of Mr. Kappan and on Monday issued a notice to the State government. 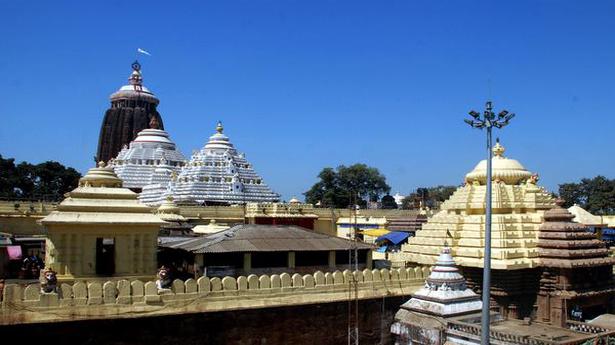