A Mathura court on Thursday granted the Uttar Pradesh Special Task Force (STF) five-day police custody of Popular Front of India leader Rauf Shareef in a case of alleged funding and stirring unrest in the wake of the murder and gang rape of a Dalit girl in Hathras.

The STF officials took Shareef from a temporary jail in Mathura to Noida for interrogation.

The STF had asked for a 10-day remand but Additional District and Sessions judge Anil Kumar Pandey granted five-day custody. Shareef will be sent back to jail on February 23.

Shareef was brought from Ernakulum jail, where he was lodged after being arrested by the Enforcement Directorate in December last year in a money laundering case.

According to the STF, Shareef needed to be interrogated on funding received from foreign countries and funding the trip of Siddique Kappan, a Delhi-based Kerala journalist and three others alleged PFI activists to Hathras.

Defence counsel Madhuvan Dutt Chaturvedi said he opposed the remand plea. “We drew the attention of the court that warrant B was not in accordance with Form 36 and the Superintendent of Ernakulum jail committed “grave illegality” by handing him over to STF officers, as jail authorities were bound to produce him in court and not authorised to hand him over to STF. But the court first sent him to judicial custody and has now granted police custody.”

Mr. Chaturvedi told The Hindu their objection to the jurisdiction of the court and the capacity of the STF to investigate still remained. Besides, he said, the STF could not show “sufficient evidence” to charge Shareef under the stringent UAPA. “I also urged the court to provide a translator to Shareef as he only understands Malayalam. I also requested the interrogation process should be video recorded to ensure no third-degree torture is inflicted upon the accused, but the court rejected it,” said Mr. Chaturvedi.

However, the court allowed the defence counsel to watch the process from a distance.

Mr. Chaturvedi said the court order will be challenged in Allahabad High Court. 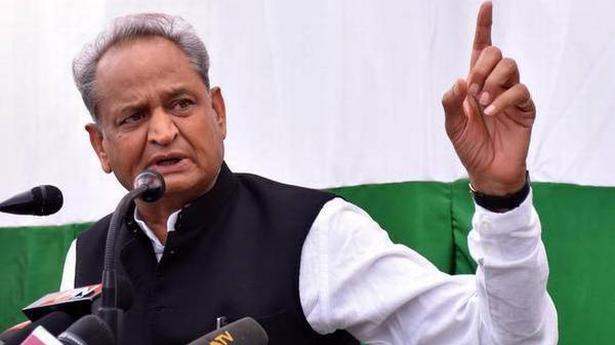 Rajasthan demands full compensation for loss of revenue due to GST