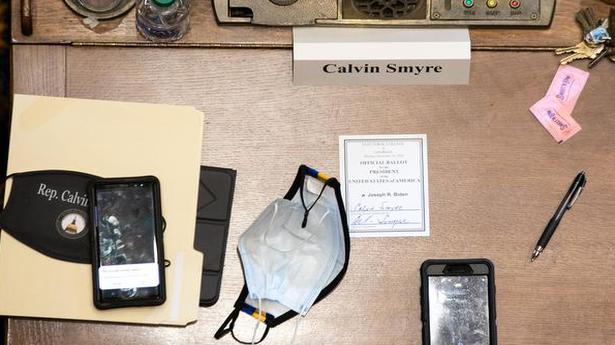 The state-by-state Electoral College votes, traditionally an afterthought, have taken on outsized significance because of Mr. Trump’s unsubstantiated claims of widespread fraud.

There is next to no chance that Monday’s voting will negate Mr, Biden’s victory and, with Mr. Trump’s legal campaign to reverse the results floundering, the president’s hopes of clinging to power will rest with a special meeting of the U.S. Congress on Jan. 6 where the odds against him are as good as insurmountable.

At 78 the oldest person to become U.S. president, Mr. Biden was due to make a speech at 8 p.m. ET on Monday (0100 GMT Tuesday) about the Electoral College “and the strength and resilience of our democracy,” his transition team said in a statement.

Electoral College members in Georgia, Pennsylvania and Wisconsin voted for Mr. Biden on Monday, confirming his victory in the battleground states that Trump had unsuccessfully tried to challenge in court.

Electors in Arizona, which Trump lost this year after winning there in 2016, cast the state’s 11 votes for Mr. Biden.

Electors are meeting to formally cast ballots to choose the next President of the United States. Democrat Joe Biden won the November 3 election.
| Photo Credit:
AP

“While there will be those who are upset their candidate didn’t win, it is patently un-American and unacceptable that today’s event should be anything less than an honored tradition held with pride and in celebration,” Arizona Secretary of State Katie Hobbs said at the vote.

Hobbs, a Democrat, said Mr. Trump’s claims of voter fraud had ”led to threats of violence against me, my office, and those in this room today,” echoing similar reports of threats and intimidation in other states.

Under a complicated system dating back to the 1780s, a candidate becomes U.S. president not by winning a majority of the popular vote but through the Electoral College system, which allots electoral votes to the 50 states and the District of Columbia largely based on the size of their population.

(Here’s a graphic on how the Electoral College works)

Electors are typically party loyalists who represent the winning candidate in their state, with the exception of Maine and Nebraska, which give some of their Electoral College votes to the presidential candidate who won in the state’s congressional districts.

While there are sometimes a handful of “rogue” electors who vote for someone other than the winner of their state’s popular vote, the vast majority rubber-stamp the results, and officials did not expect anything different on Monday.

Mr. Trump said late last month he would leave the White House if the Electoral College voted for Biden, but has since pressed on with his unprecedented campaign to overturn his defeat, filing without success numerous lawsuits challenging state vote counts.

On Monday, he repeated a series of unsupported claims of electoral fraud.

“Swing States that have found massive VOTER FRAUD, which is all of them, CANNOT LEGALLY CERTIFY these votes as complete & correct without committing a severely punishable crime,” he wrote on Twitter.

A group of Trump supporters called on Facebook for protests all day on Monday outside the state Capitol in Lansing, Michigan, one of the hardest-fought states where Trump lost.

But by early afternoon only a handful had gathered, including Bob Ray, 66, a retired construction worker. He held a sign that read: order a forensic audit, save America and stop communism.

Mr. Trump has called on Republican state legislators to appoint their own electors, essentially ignoring the will of the voters. State lawmakers have largely dismissed the idea.

“I fought hard for President Trump. Nobody wanted him to win more than me,” Lee Chatfield, Republican speaker of the Michigan House of Representatives, said in a statement. “But I love our republic, too. I can’t fathom risking our norms, traditions and institutions to pass a resolution retroactively changing the electors for Trump.”

Once the Electoral College vote is complete, Mr. Trump’s sole remaining gambit would be to persuade Congress not to certify the count on Jan. 6.

Any attempt to block a states results, and thus change the overall U.S. tally, must pass in both chambers of Congress that day. Republicans would very likely fail to stop Mr. Biden taking office as planned on January 20 because Democrats control the House of Representatives and several Republican senators have acknowledged Mr. Biden’s victory.

In 2016, Mr. Trump won the Electoral College despite losing the popular vote to Democrat Hillary Clinton by nearly 3 million votes. The formal vote earned extra attention when some Democratic activists called for electors to “go rogue” against Trump. In the end, seven electors broke ranks, an unusually high number but still far too few to sway the outcome.

Once in the Oval Office, Biden faces the challenging task of fighting the coronavirus pandemic, reviving the U.S. economy and rebuilding relations frayed with U.S. allies abroad by Trump’s ”America First” policies.

Even if Monday’s vote runs smoothly, Mr. Trump’s efforts — such as encouraging state legislatures to appoint their own sets of ”dueling” electors — have exposed the potential flaws in the system, said Robert Alexander, a professor at Ohio Northern University who has written a book about the Electoral College.

“There are a lot of land mines in the Electoral College, and this election really revealed a lot of them,” he said.

While the electoral votes normally involve some pomp and circumstance, most events this year were significantly scaled back due to the coronavirus pandemic. 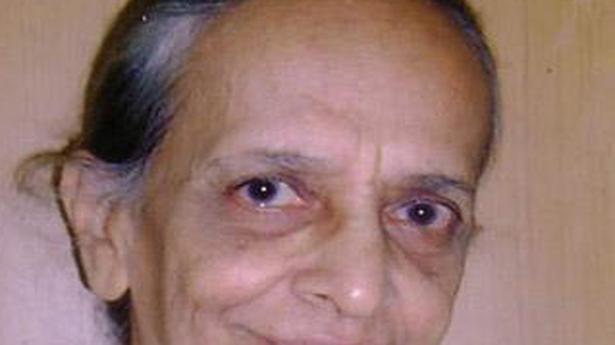 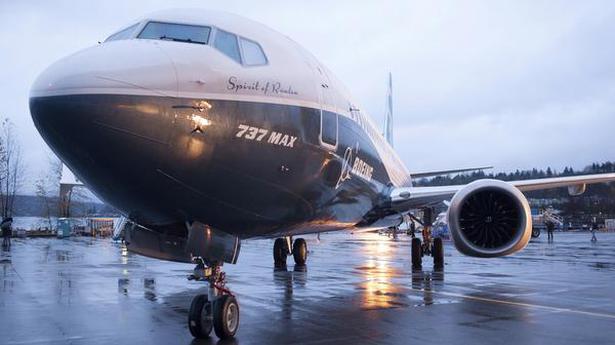