But ready to work with Beijing when it is in America’s interest to do so, says the U.S. President

The United States will take on the challenges being posed by China directly, but will not hesitate to work with Beijing when it is in America’s interest to do so, President Joe Biden said on Thursday.

“We will confront China’s economic abuses, counter its aggressive, coercive action to push back on China’s attack on human rights, intellectual property and global governance,” Mr. Biden said in his address to State Department employees at its Foggy Bottom headquarters here.

“But we are ready to work with Beijing when it is in America’s interest to do so. We will compete from a position of strength by building back better at home, working with our allies and partners, renewing our role in international institutions, and reclaiming our credibility and moral authority, much of which has been lost,” he said, giving the glimpse of his administration’s policies on China.

“That is why we have moved quickly to begin restoring American engagement internationally and earn back our leadership position to catalyse global action on shared challenges,” Biden said.

Earlier in the day, National Security Advisor Jake Sullivan told reporters that their priority is not to get access for Goldman Sachs in China. “Our priority is to make sure that we are dealing with China’s trade abuses that are harming American jobs and American workers in the United States,” he said.

The Biden administration believes that once the US establishes its position of strength, it will be able to compete more effectively with its competitors across the board and especially with China in every domain, including economic, diplomatic, technological and security.

“We will be able to counter Russia more effectively and we will be better equipped to address threats from climate change, to pandemics, to nuclear proliferation. We will also be able to more effectively pursue a foreign policy for the middle class. This is not just a tagline, it is an organising principle for the work that we will do,” Mr. Biden said.

In a letter to Defense Secretary Lloyd Austin, Senator Rick Scott underscored that the threat of communist China must be a top priority for Pentagon.

“As the United States faces increasingly frequent and dangerous threats from adversaries across the globe — namely communist China, Iran, Russia and North Korea — there has never been a more important time to ensure that our men and women in uniform have every resource they need to stand strong and combat threats to our freedoms and interests,” he said.

“Communist China is undoubtedly our greatest enemy and must be treated as such. The Chinese Communist Party’s (CCP) policy of genocide against the Uyghurs, theft of American technology and dangerous actions to build its military presence and threaten the security of the United States and its allies cannot be tolerated,” Mr. Scott wrote to Austin.

Encouraged by the defense secretary’s candour regarding the threat communist China poses to nations around the world, Scott urged Austin to take the strongest possible position to ensure that the Biden administration places accountability and strength at the top of its policy agenda.

“We cannot forget, when the reckless actions of communist China adversely impact our allies, especially those in the Indo-Pacific region including Japan, South Korea, Vietnam, Indonesia, the Philippines, Singapore, India or Taiwan, they also threaten the safety and security of the United States,” he said.

“There is little doubt that China poses one of the most significant challenges to the United States going forward. As part of the administration’s effort to confront this challenge, we urge you to prioritise holding the Chinese government accountable for the ongoing genocide in Xinjiang and stand up for the rights to life, human dignity and religious freedom for all people,” the members wrote. 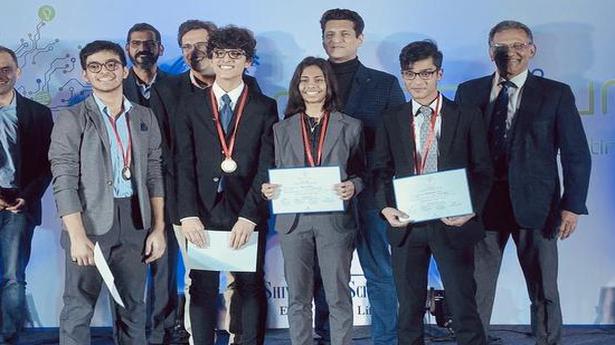