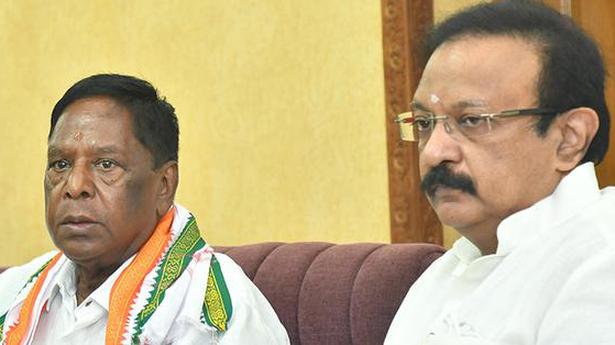 Nothing to back up claims of BJP national president J.P. Nadda of reviving industry, creating jobs: Narayanasamy

Addressing a press conference, Mr. Narayanasamy said it was unfortunate that the Budget ignored the development aspirations of the Union Territory, more so when it had allocated funds for infrastructure upgrades in other poll-bound States such as Tamil Nadu, West Bengal and Kerala.

“This only goes to show how the BJP-led government at the Centre sidelines the Union Territory. The Budget also showed that there was nothing to back up the tall claims made recently by BJP national president J.P. Nadda that the Centre would revive industry, spur job growth and reopen ration shops. Where are the funds for all this in the Budget?” asked Mr. Narayanasamy.

Mr. Narayanasamy said the Budget proved that all the talk of developing Puducherry by both Mr. Nadda and those who have now joined the party are all spin and empty promises. “Those whose expectations had been raised by the pre-Budget hype have been let down,” he said.

He also took a dig at the Opposition leaders in Puducherry who praised the Budget. “How can they welcome a Budget with nothing for the Union Territory? I hope they read the contents before issuing statements.”

Mr. Narayanasamy said though Union Road Transport Minister Nitin Gadkari had assured funding for nine infrastructure projects, including a four-lane highway between Chennai and Puducherry along the East Coast Road and a flyover from Rajiv Gandhi square to Marappalam, there was no mention in the Budget.

He pointed out that the Centre had earmarked only ₹1,729 crore during the 2021-2022 financial year, which was a measly ₹26 crore more than the allocation for the previous year.

The Chief Minister also raised concerns over the inadequate allocation for defence, especially as India was in a hostile neighbourhood. The Budget had also let down rural workers by downgrading allocations to the MGNREGA and ignored the most significant constituents — farmers, youth and women. The Centre was going down a risk-fraught path of privatising public sector undertakings, including banks, that would eventually be detrimental to the interests of the common man, Mr. Narayanasamy said.

“The Centre should abandon the move to hand over public sector undertakings to private players. There should be a healthy mix of public and private sector enterprises,” he said. 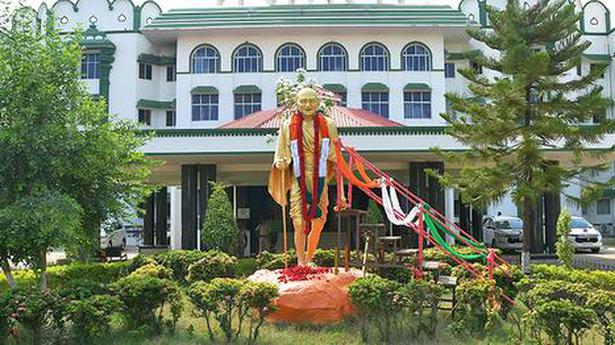