In a complaint to the Committee of Privileges and Ethics, Kerala Legislative Assembly, Congress MLA V.D. Satheesan accused Dr. Isaac of infringing on the rights of the House by prematurely revealing details of the process of the audit of the accounts of the Kerala Infrastructure Investment Fund Board (KIIFB) for the period 2018-19 by the Comptroller and Auditor General (CAG).

Ideally, Dr. Isaac should have dwelt on the report only after the government tabled it in the Assembly. However, the Finance Minister chose to reveal parts of the draft report to the media rashly and for political purposes.

Mr. Satheesan said that by Dr. Isaac’s account, the CAG had slammed the issuance of masala bonds as anti-Constitutional. By extending State guarantee to the bid to raise funds from foreign investors by issuing instruments of debts, the government had violated the provisions of Article 293 (1) of the Constitution, the CAG had reportedly stated in its draft report.

Mr. Satheesan moved the complaint under Section 159 of the Kerala Legislative Assembly, Rules of Procedure and Conduct of Business.

He requested Speaker P. Sreeramakrishnan to take immediate cognisance of his grievance and issue a notice to Dr. Isaac.

Mr. Satheesan also reminded the Speaker about his earlier rulings in which the chair had stressed the need to maintain the confidentiality of the CAG’s auditing process till the Constitutional authority submitted its findings in the Assembly.

A meeting of the Ethics Committee of the House will on Wednesday consider a reply to its notice to the Enforcement Directorate (ED) to explain why the House should not deem the agency’s decision to summon the records of the LIFE Mission project in entirety as a breach of legislative prerogative.

The committee also took exception to the details of the ED’s reply to the House appearing in the media. 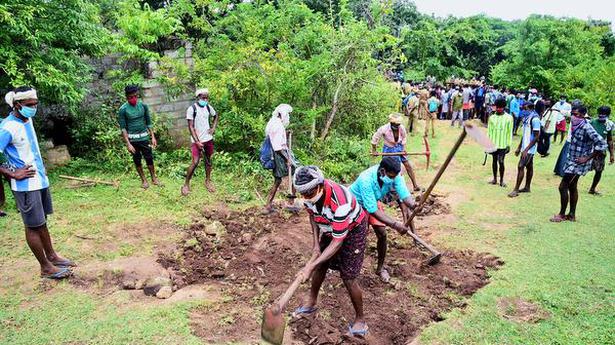