Collector P. Madhusudan Reddy has said that the underground drainage works in Karaikudi and Sivaganga municipalities had been expedited, but admitted to some teething trouble that was being attended to by the engineers.

Speaking to reporters, he said that in Sivaganga Municipal limits, the UGD works were completed. During trial, it was noticed that some wrong connections had being given. In some other locations, concrete had blocked the pipelines. As a result, the sewage could not reach the treatment plant.

With the help of a suction-cum-jetting machine with water recycling gadget brought here from Chennai City Corporation, the blocks were being rectified ward-wise. Once the issue was solved, the sewer lines would become functional, the Collector said.

As for the UGD works in Karaikudi Municipal limits, he said that the infrastructure works of laying the pipes and construction of chambers were completed. The Highways authority had issued in-principle order to lay roads. Once the trials were done and the treatment plant at Devakottai Rastha was functional, the road works would be completed. The authorities had allotted ₹7 crore for road laying works, he added.

The Collector further said that the survey on crop damages in the district was under way. He said that the data indicated that horticulture crops had suffered huge damage in pockets like Ilayankudi. The final data, which was yet to be prepared, showed that chilly and plantain crops grown to the extent of 3,900 hectares by 8,891 farmers were destroyed in the rain. “There need not be any apprehension among the farmers as the district administration would recommend for compensation from the government”, he responded.

Paddy crops in Tirupuvanam too had suffered damages, Mr. Reddy said and added that steps were being taken to remove the “seemai karuvelam” (Prosopis Juliflora) trees in the district. For this purpose, to plant alternative saplings, nursery was being developed in all the 445 panchayats. Under the MGNREGP project, saplings would be planted as and when the seemai karuvelam trees were removed. By doing so, the green cover would be assured and the scope for the karuvelam trees coming up would be prevented.

The Collector, who assumed office two months ago, said that he had inspected various construction works happening in the panchayats. He assured that SHGs would also get space in the commercial complexes coming up. As for the grievances of a section of farmers from the Manamadurai block that the PWD had not released water for irrigation properly, he clarified that the water from the Periyar and Vaigai were released. However, the average rainfall in the block was below target. Hence, it had not reached some portion in the tail end areas. He said that measures would be taken to protect the welfare of the farmers.

The Collector said that media persons had a big responsibility of bringing out the reports to the notice of the officials, who in turn, would take them up for implementation. The catalyst role played by the media was commendable, especially, in development programmes, he added.

New poll narratives catch TRS on the back foot 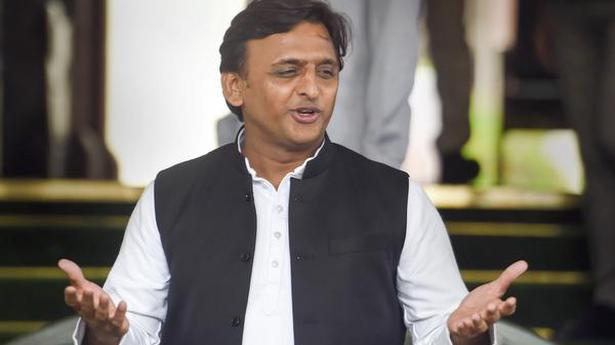