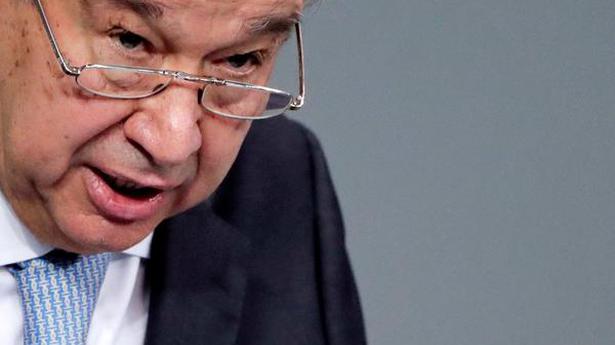 India, which has been hailed as the pharmacy of the world, announced the gift of 200,000 COVID-19 doses for UN peacekeepers.

UN chief Antonio Guterres has voiced appreciation for India’s leadership in the global fight against the coronavirus pandemic and its efforts to bring a “much-needed supply” of the COVID-19 vaccines to the world market.

The Secretary-General says “India has been a global leader in pandemic response efforts”, Mr. Tirumurti tweeted, expressing his gratitude to the UN Chief.

In an excerpt of the letter tweeted by Mr. Tirumurti, Mr. Guterres says, “Indeed, India has been a global leader in pandemic response efforts having provided critical medicines, diagnostic kits, ventilators and personal protective equipment to more than 150 countries.

“Efforts by India in developing and manufacturing one of the two vaccines currently granted Emergency Use Listing by the World Health Organization bring a much-needed supply to the global vaccine market. I also appreciate your continued efforts to support and strengthen the COVAX Facility to ensure more equitable access.” COVAX is is a global initiative aimed at equitable access to COVID-19 vaccines.

On Wednesday, India, which has been hailed as the pharmacy of the world, announced the gift of 200,000 COVID-19 doses for UN peacekeepers.

“Keeping in mind the UN Peacekeepers who operate in such difficult circumstances, we would like to announce today a gift of 200,000 doses for them,” Mr. Jaishankar said, addressing the UN Security Council open debate on the implementation of resolution 2532 (2020) on the cessation of hostilities in the context of the COVID-19 pandemic.

Quoting the Bhagavad Gita, Mr. Jaishankar had said “Do your work with the welfare of others always in mind.” He told the meeting that it is this spirit in which India approaches the COVID challenge and urged the Council to work collectively to address its different dimensions.

The 200,000 doses essentially mean that it will be possible to administer the required double doses of COVID vaccines to all UN peacekeepers across missions.

According to UN Peacekeeping, currently, a total of 94,484 personnel are serving in 12 peacekeeping operations across the world led by the Department of Peace Operations.

Stephane Dujarric, Spokesman for the Secretary-General, had told PTI in response to a question on the Secretary General’s thoughts on the announcement by India, said that Mr. Guterres is “extremely grateful” for the gift of 200,000 COVID-19 vaccine doses for UN peacekeepers and the distribution will be operationalised by the UN’s Department of Support.

“We are extremely grateful for this donation announced today by the Indian delegation. The distribution will be operationalised by the UN’s Department of Support,” Mr. Dujarric had said.

The vaccine Covishield is the version of the AstraZeneca/Oxford vaccine produced by the Serum Institute of India. Covaxin is the indigenously developed vaccine by pharma company Bharat Biotech.

Mr. Jaishankar said these two vaccines have already been granted emergency authorisation and additionally, as many as 30 candidates are under various stages of development.

Under the initiative “Vaccine Maitri”, which translates into Vaccine Friendship, India is providing vaccines to the world.

Last month, Mr. Guterres had said that the vaccine production capacity of India is “one of the best assets the world has today”, and had applauded India for supplying COVID-19 vaccines to nations around the world.

“I would like to say how much we count on India. I mean, India has one of the most advanced pharmaceutical industries. India played a very important role in the production of generics for use that was a very important element of democratisation of access to medicines all over the world,” Mr. Guterres had said. 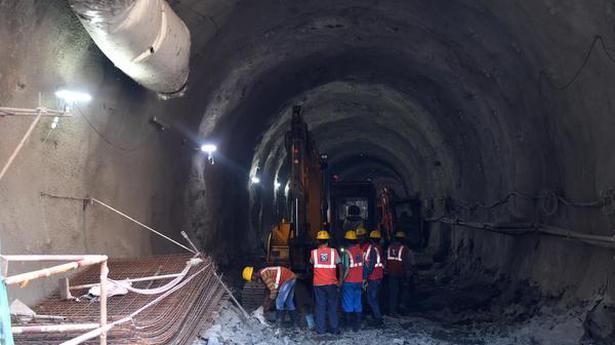 ‘He was a born fighter’