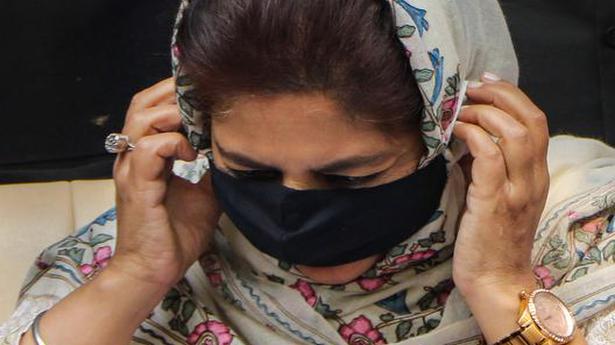 The former Chief Minister says she was prevented from meeting the family of arrested youth leader Parra.

Peoples Democratic Party (PDP) president Mehbooba Mufti alleged on Friday that she and her daughter were placed under house arrest and stopped from meeting the family of incarcerated youth leader Waheed-ur-Rehman Parra in south Kashmir.

Police said Ms. Mufti was not under house arrest. “She was requested to postpone her visit to Pulwama purely for security reasons,” a police spokesman said.

Ms. Mufti said he had been illegally detained yet again. “In the last two days, the J&K administration has refused to allow me to visit Parra’s family in Pulwama. Even my daughter Iltija has been placed under house arrest. The BJP Ministers and their puppets are allowed to move around in every corner of Kashmir, but security is a problem only in my case,” Ms. Mufti said. She claimed she was even stopped from addressing the Press on Friday.

Iltija Mufti also shared a video of her being prevented by the security forces from stepping outside her residence in Srinagar. “Why are you stopping me? Is there any order?” Ms. Iltija is heard asking the security forces manning the gate of her house in the video.

The move comes just a day ahead of the first phase of the District Development Council (DDC) elections in J&K. “We are one day away from DDC polling and it’s evident that the administration here is using fear and intimidation in tandem to muffle any form of opposition,” the former Chief Minister said.

A PDP spokesman Tahir Sayeed also questioned the police’s version. “If Ms. Mufti is not under house arrest, then why was she not allowed to address the media? Even I was asked to get permission from the Deputy Commissioner to meet Ms. Mufti,” Mr. Sayeed said.

Meanwhile, PDP youth leader Parra was produced before the National Investigation Agency court in Jammu on Friday and was remanded in custody for 15 days.

According to the NIA, it was probing the links Parra had with arrested militant Mir, who was allegedly in touch with the PDP leader during the 2019 parliamentary polls. “Parra was arrested on baseless charges,” Ms. Mufti said. 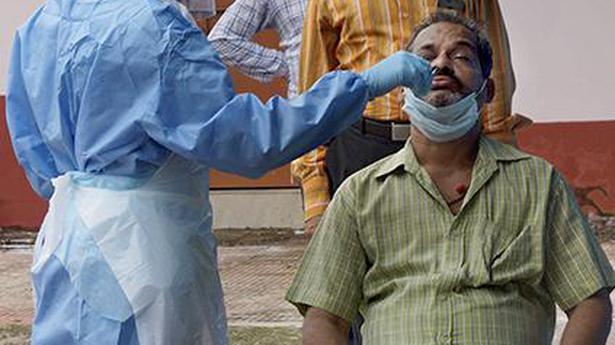