Against the backdrop of a COVID-19 caused contraction, the Union Finance Minister on Monday presented the Union Budget 2021 with a focus on six pillars to turbo charge the economy and bring in radical reforms like privatisation of banks / insurance, increasing FDI limit in insurance sector, monetising upcoming Dedicated Freight Corridor by Railways, etc.

On the tax front, speculations were rife that some new tax like COVID cess will be introduced or surcharge on income tax will be increased. But the government did not propose any new tax or any increase in existing tax rates. The government maintained a status quo, which signals a stability in tax regime in these turbulent times – and, is a welcome move.

The government announced several measures for the benefit of individual and small / medium taxpayers and to ease their compliance burden. For instance, senior citizens (75 years or above) earning pension and interest income have been exempted from filing tax return. Taxpayers will now be provided with pre-filled tax returns which will even include details of capital gains from listed securities, dividend income, and interest from banks, post office, etc.

The government also plugged the loophole and hit hard on the two widely used tax-free options preferred by high-income earners. Firstly, the taxation of ULIPs has been rationalised and the Budget proposes to allow tax exemption for maturity proceeds of ULIPs with annual premium up to INR 2.50 lacs only. Secondly, tax exemption for interest income earned on employee’s contribution to various provident funds to an annual contribution is restricted to INR 2.50 lacs only.

All this has been made possible due to extensive investment made by the government in technology and process automation in the last few years, such as e-filing of tax and other returns, annual information reports, specified transaction reports, faceless assessment, appeal, etc.

With this massive technological upgrade, tax assessments are becoming more efficient, faceless and jurisdiction-less. Thus, to bring certainty in income tax proceedings at the earliest – the government has proposed to curtail the time period spent in processing of tax returns, completing assessment, etc. by 3 months. Also, with the recent success of faceless assessment / appeal, the government even proposes to make tax tribunals faceless, jurisdiction-less and more efficient – though, there could be some hiccups.

This technological advancement is bearing fruits for taxpayers as well. As the government is having a reservoir of information at its disposal, collected from taxpayers / third parties – it has proposed to reduce the time limit for re-opening of assessment from 6 years to 3 years, subject to certain conditions. This is a welcome move and means that taxpayers won’t have the sword of re-assessment hanging over their neck for a prolonged period.

Another focus area which was clearly visible in the Union Budget was that on dispute resolution. The government announced a significant step to form a Dispute Resolution Committee for small and medium taxpayers having income up to INR 50 lacs and tax adjustment up to INR 10 lacs. This shall go a long way and help prevent new tax disputes and settle issues at the initial stage itself. In times to come, the government may think to expand the ambit of the Committee to cover large taxpayers as well.

As regards large corporates, the government proposes to do away with the Authority for Advance Rulings and replace it with Board for Advance Rulings (BFAR) as an alternative method of providing advance rulings to taxpayers in a timely manner. Since, BFAR will be headed by Revenue officials, in times to come, it may be used by taxpayers as a faster route to reach High Court.

The government also stood firm on its commitment to BEPS project and continued with Equalization Levy (EQL), in spite of investigations by its largest trading partner i.e., USA. The government went on to clarify range of aspects related to EQL applicable on non-residents at the rate of 2%. Firstly, in order to provide certainty, it is being expressly clarified that transactions in the nature of royalty or fees for technical services taxable under the income-tax law (read with applicable double taxation treaty), would not be liable for EQL. Secondly, it is also proposed to clarify on what would construe an ‘online sale of goods or services’. It has now been explicitly expanded to almost all transactions having some element of digital nature. Thus, non-resident taxpayers should carefully analyse intra-group / third-party transactions.

As regards corporate tax, the government has put to rest a long-standing tax issue and clarified that no tax depreciation on goodwill shall be allowed – which could be dampener for restructuring exercises. Also, in order to protect the interest of employees and ensure timely deposit of employees’ contribution to PF, ESI, etc. by employers, it is proposed that the late deposit of employees’ contribution by the employer shall not be allowed as deduction to the employer.

The tax and non-tax measures announced by the government and with technology at their side – will go a long way and prove to be a stepping stone to make India an Atmanirbhar Bharat and realise the dream of building a US$ 5 trillion economy.

Take cover from the Silent Killer 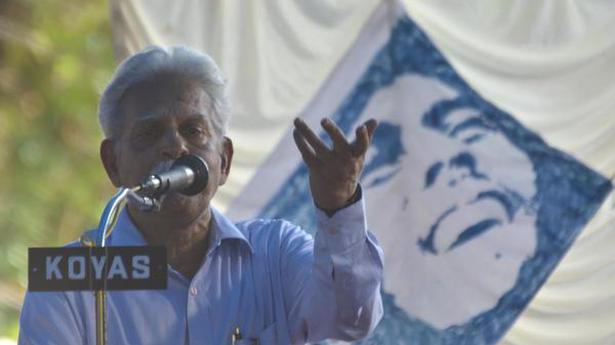