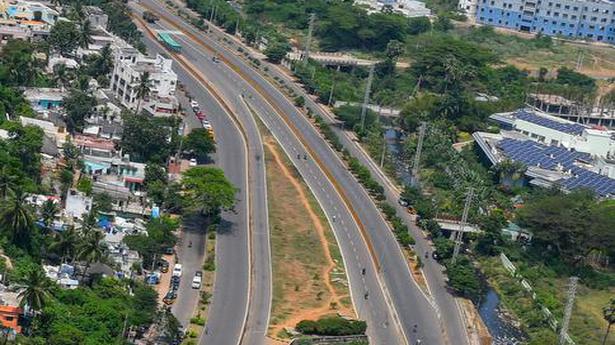 The Ministry of Road Transport and Highways received ₹1,18,101 crore under the Union Budget, of which ₹1,08,230 crore is for capital expenditure. Finance Minister Nirmala Sitharaman said this was the highest ever outlay for the sector.

The Finance Minister informed Parliament that under the Bharatmala Project, more than 13,000 km of roads had been awarded, and that by March next year another 8,500 km would be awarded for construction.

Ms. Sitharaman said Tamil Nadu would get National Highway works totalling 3,500 km at ₹1.03 lakh crore. These would include Madurai- Kollam and Chittoor-Thatchur corridors where the construction would begin next year.

Kerala will get National Highway works of 1,100 km at an outlay of ₹65,00 crore, including Mumbai-Kanyakumari corridor.

National Highway projects totalling 675 km will be built in West Bengal at a cost of ₹25,000 crore, including upgradation of existing road from Kolkata to Siliguri. Assam currently has National Highway works of ₹19,000 crore under way and will see an investment of additional ₹34,000 crore in the coming three years for building 1,300 km of roads.