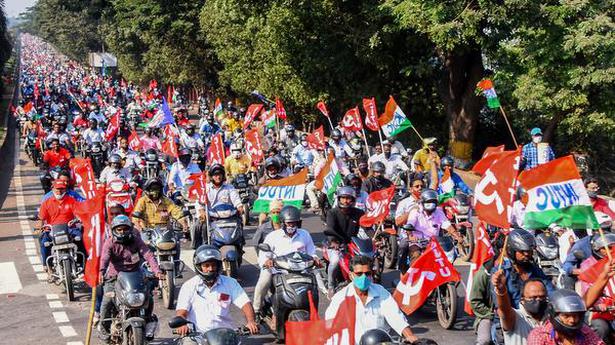 
The proposed strategic sale of Rashtriya Ispat Nigam Limited (RINL), the corporate entity of the Visakhapatnam Steel Plant, appears to be heading towards a showdown between the trade unions and the Union government.

On Friday, hundreds of VSP employees, affiliated to various trade unions, organised a rally from Kurmannapalem to the Gandhi statue near the GVMC office, to stage a protest and demand the immediate rescinding of the proposal.

The steel plant was set up after a sustained agitation in the early 1970s under the slogan ‘Visakha Ukku – Andhrula Hakku’, and 32 persons lost their lives in the struggle. They would not let the strategic sale happen, said CITU State president Ch. Narasinga Rao.

All trade unions such as CITU, AITUC, INTUC and even YSRC Party Trade Union have joined hands to stage the protest and they collectively took a decision to oppose the sale.

Speaking at the protest camp, Mr. Narasinga Rao said that the plan to privatise RINL was sown since day one of its inception. But somehow, the employees and the trade unions didn’t allow it to happen.

“Today, there are over 30,000 direct and contract workers engaged with the steel plant and lakhs of others are associated with the plant in some way. Their families depend on the well-being of the plant and as long as it remains with the government,” said Bose Babu of AITUC.

The union leaders said the proposed joint venture with South Korean steel maker POSCO, was only eyewash and the real intent was 100% sale, said G. Venkat Rao of INTUC.

According to Mr. Narasinga Rao, the Union government was already in talks with a number of private steel makers such as POSCO, Tata, Jindal and ArcelorMittal for the sale.

The union members said the government now intended to sell the plant for peanuts. In the earlier disinvestment move, the valuation of 22,000 acres of land was pegged at ₹48 crore, when the actual land cost was over ₹2.20 lakh crore. The entire plant was then valued at ₹4,898 crore, when it should not be less than ₹3.2 lakh crore.

Mantri Rajsekhar of YSRCP Trade Union said the VSP was never into operating losses, but all its losses were due to interest on loans and paying high rates for its main raw material iron and coal, due to non-availability of own mines.

J.V. Satyanarayana Murthy, CPI State Assistant Secretary, said the State government should also raise its concern, as it was one of the stakeholders, since the land and water was given by the State.

Meanwhile, speaking to the media at the protest site, Visakhapatnam MP M.V.V. Satyanarayana said that the YSRCP will not support the Union government’s move to privatise RINL and will raise the issue in Parliament.

“If the Centre sticks to its proposal, we are ready to step down as MPs,” he said.

Anakapalle MP B. Venkata Satyavathi said she was a member of the coal and steel standing committee and would raise the issue in the committee meeting and fight for it. 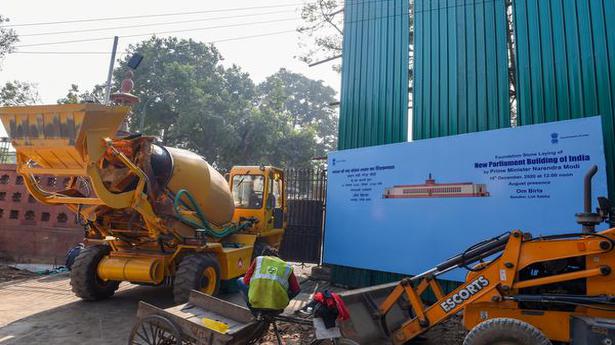