Islam and Christianity are outsiders who found a home in India because Hinduism believes in coexistence. Additionally, they thrived because there was no fear of their believers being converted to Hinduism. To that extent, it would be justified if India expects these religions not to pursue any religious conversion agendas since that goes against the principle of coexistence and goodwill that India has bestowed on them for centuries. But the reality is that both Christianity and Islam have betrayed this trust.

Is it not surprising that the opposition to anti-conversion bills comes mainly from Muslims and some Christians? If they are not following any agenda of planned and forced conversions then why are they worried? For over seven decades there has been no reliable methodology to record the number of conversions carried out, forcibly or willingly. Is it not need of the hour to correct this wrong? The new law stipulates that anyone wishing to convert needs to apply to the local authorities so that they can ascertain his willingness and be satisfied that there is no coercion or inducement involved. Once that is done, he or she will be permitted to convert.
Another issue that is relevant here is the reverse conversion which means reverting back to one’s original religion.

The bills will treat this also as a conversion and willingness becomes equally important in such cases too. The good thing is that all conversion or reconversion cases will be recorded. Perhaps opponents of the unlawful conversion bills are worried that the figures collated over a period of time may expose the nefarious designs of Islam and Christianity to convert Hindus. It is no secret that while Hindus are the targets for conversions, Hinduism itself does not pose any threat to other religions since it neither encourages nor believes in conversions.

The term ‘Love Jihad’ is a politically motivated term coined by some Hindu organisations and individuals but exploited by one and all. It highlights the problem of Muslim men enticing Hindu or Christian girls and then forcing them to convert to Islam before marriage. It is no secret that Muslims have used this as one of the methods to convert women and such cases have been on the increase across the nation in recent times. In fact, this was one of the triggers for introduction of unlawful religious conversion bills. However, it is important to understand that the new bills cover the entire gamut of conversions that are applicable to all religions. The bills are not limited to inter faith marriages alone. So, terming these bills as ‘Love Jihad bills’ amounts to being mischievous in intent by deliberately missing the forest for the trees.

The bills in no way bar inter faith marriages or usurp the rights of consenting adults to enter into such marriages. The right to convert for any reason still vests in all citizens. The bills only aim to ensure that religious conversions are willing and follow a prescribed procedure. In doing so the willingness and consent of all parties concerned would not only be recorded but also authenticated. If such a stipulation bothers potential grooms, or any community, then sinister motives behind such marriages and conversions cannot be ruled out.

The bills are only a preventive measure that at the best can ensure that no unlawful conversions take place. What is more important for us as a nation, and Hindu society in particular, is to introspect and understand why Hindu community seems to be more vulnerable to religious conversions. Today, there is no fear of the sword or any form of coercion and yet conversion of Hindus remains a concern. Is it because of our outdated caste system that still prevails in some parts of the country where some in the society are treated as lesser human beings? Is the inherent liberal and tolerant nature of Hinduism a contributing factor? Why have these strengths of Hinduism become weaknesses over a period of time? Poverty is another factor that has been exploited by Christianity for inducement-based conversions. Perhaps it is more important for the nation and all citizens to address these vulnerabilities than any bills that the states may pass.

It is time to put all the lip service that we have seen in last seven decades on addressing these problems into practice on a war footing. A beginning has certainly been made in last five years but a lot still remains to be done.

Unlike Christianity and Islam that is practiced in a large number of countries, Hindu religion and culture are primarily limited to India. Therefore, the onus for preserving, developing and safe guarding Hinduism befalls on India by default. Anyone who grudges that right to India cannot have the nation’s best interests in mind. No nation would like its demographic structure to be modified by religious conversions over a period of time. India cannot be an exception to this rule. To that extent any bill that lays down a procedure for conversions, bars unlawful conversion and is not partial to any particular religion has to be seen as an essential step in national interests.

Indefensible actions: UP police is cutting a sorry figure in courts and the government is to blame 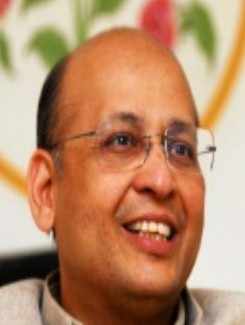 In a political crisis, there was no better person than AP to connect the dots

East Godavari Collector D. Muralidhar Reddy on Saturday said that nearly 34,000 frontline staff, including doctors, were being administered the