Gummidipoondi residents point to rising pollution of land, water and air, caused by over 100 units, and lack of services

The civic conditions in 131 villages and two towns under the Gummidipoondi Assembly constituency stem from a delicate mix of ruthless industrial development, failing agriculture and deteriorating public health.

Ahead of the election, residents point to the rising pollution of land, water and air caused by more than 100 industrial units, leading to a steady decline of agriculture.

As the constituency is represented by the AIADMK, parties like the DMK have launched village-level meetings to address civic issues.

Signboards have been erected in villages like Sirupuzhalpettai, warning the industrial units against dumping of hazardous waste in the residential neighbourhoods.

The local bodies have erected boards in villages advising people not to buy or sell ‘poromboke’ land.

S. Murugammal of MGR Nagar says villages such as Reddipalayam, Muthureddikandigai, Sirupuzhalpettai and MGR Nagar do not have bus services.

“We had bus services during MGR rule. During the rule of Amma [Jayalalithaa], we got mini-buses. Now all the buses have stopped operations to this area. We have to pay ₹120 for autorickshaws to reach the market. Our wage is ₹140 a day,” she says. “We want fresh air. Pollution is high at certain times of the day. We do not know the reason,” says P. Santhi, a resident.

V. Munusamy, a farmer of Guruvaraja Kandigai, says he has been unable to farm his four acres because he was asked to pay ₹16,000 towards electricity charges for pumping the groundwater. “Our farmland is located a few kilometres away from the SIPCOT industrial complex. We used to grow traditional paddy varieties, depending on borewell. We have stopped farming as we were asked to pay huge sums towards commercial electricity charges,” he says. Farmers who could not grow traditional rice varieties have started raising eucalyptus, which depletes the groundwater.

Farmers say they get ₹2,000 for every tonne of eucalyptus after raising it without water for five years. “We stopped paddy cultivation and switched to eucalyptus plantations,” says P. Mahesh of Pathapalayam.

“Over 100 electors in the age group of 20-29 in our village are unemployed after completing higher education. The condition is worse because of the COVID-19 pandemic. The local youth have started demanding jobs at the industrial units that have polluted their villages. The local residents have been denied jobs and business opportunities by the management of these units. Many of the industrial employees and entrepreneurs are from northern States. So many local residents depend only on agriculture for livelihood,” Mr. Mahesh says.

Ahead of the election, the residents have started a campaign to demand jobs in the polluting industries as a compensation for the deteriorating health of their family members.

A section of the residents has demanded better regulations by government agencies to prevent pollution. “More than 1,000 residents in villages around Gummidipoondi have kidney ailments because of industrial pollution. As the government facilities are inadequate, the families of the patients have requested better facilities for dialysis,” says D. Chalapathi, a resident.

Residents have also protested against industrial units processing huge quantities of biomedical waste in their villages. Opposition to the copper industry has gained momentum after the protest against the Sterlite Corporation’s copper smelter in Thoothukudi. Residents of many villages have complained about crop damage from flooding this monsoon. Some have demanded ‘patta’ for ‘neernilai poromboke’ land and ‘meikaal poromboke’ land.

Gummidipoondi MLA K.S. Vijaya Kumar says the Chief Minister has assured the villagers of ‘patta’. “Over 4,000 families are expected to benefit from the decision to issue ‘patta’ for this land.”

Residents have demanded a high-level bridge along the stretch from Mangalam to Arani. Many roads are closed for over 10 days when rivers like the Kosasthalaiyar are flooded every monsoon. “The number of higher secondary schools has increased from 10 to 17 in the past five years. All schools have furniture now. Eight villages have got bus services in the past five years,” Mr. Vijaya Kumar says. 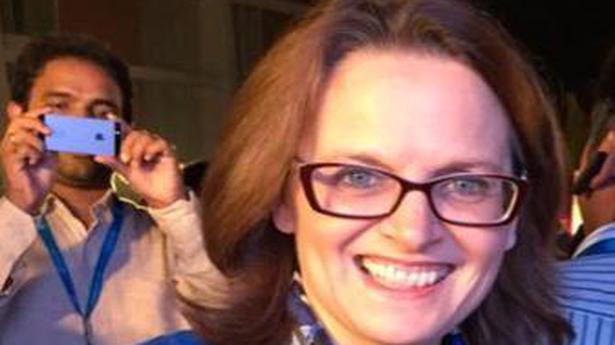 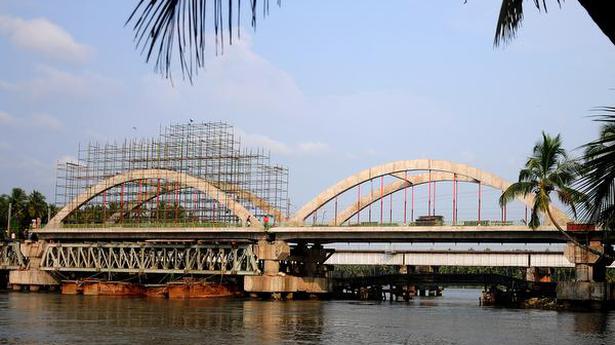 New Korappuzha bridge to be opened by December