The farmers’ announcement to stage a wait-in protest near the Collectorate campus here on Monday witnessed some unruly scenes, wordy altercations and forced removal of cadres by police personnel.

Led by various farmer organisations affiliated to different associations, major opposition parties and members from AIDWA and CITU joined together to condemn the Central government for its ‘adamant’ attitude in not resolving the farmers’ strike in New Delhi. Farmers have been protesting in Delhi for over a fortnight demanding the Union Government to withdraw the Farm Act passed recently in the Parliament.

Senior Communist leader and former MLA Balabharathi led the demonstration near Anjali Hotel roundabout. As the police said that there was no permission for the protest, the agitators moved towards Sheeba Hospital, but again the police followed them and said that no one was permitted to obstruct vehicular traffic.

Finally, when the demonstrators moved towards the Collectorate and announced that they would resort to a wait-in protest until the Centre agreed to the demands of their counterparts in New Delhi, the police, through the public address system appealed to the agitators to disperse and warned that they would arrest them.

As a large posse of personnel arrived in vans, the agitators refused to disperse. When some of the women agitators were being dragged to the vehicle, Ms. Balabharathi objected to such an ill treatment. “Treat us with dignity…we are here for a public cause,” but the police physically lifted and dragged some of them and took them to a private marriage hall. The CPI (M) district secretary R. Sachidanandam condemned the police action in a press statement.

Shouting slogans against the AIADMK government and the BJP, the farmers led by Tamil Nadu Vivasayigal Sangam president N. Perumal, said that they would not be cowed down by such threats. They refused the food served to them by the police at noon.

A senior officer said that as they had not given permission for agitation, cases will be booked against them.

In Theni, members of various farmers associations assembled in front of the District Collectorate led by coordinator T. Kannan. DMK west district secretary Thanga Tamilselvan, CPI(M) district secretary D. Venkatesan, Periyakulam MLA Saravanakumar among others addressed the gathering. They explained about the consequences of the Farm Laws and how it would affect the livelihood of the farmers.

When the agitators continued with their addresses, the police issued an ultimatum and arrested them from the spot. While a majority of them courted arrest, some among them had to be taken by force, the demonstrators claimed. 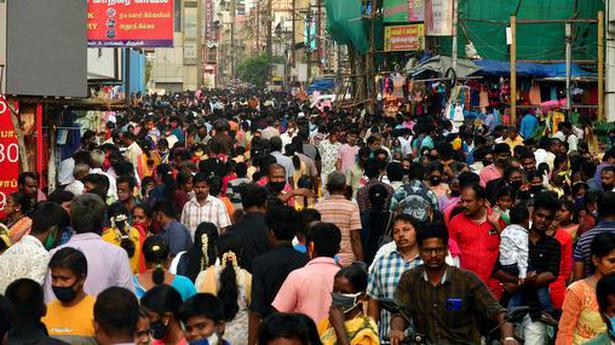 As Deepavali nears, social distancing goes for a toss 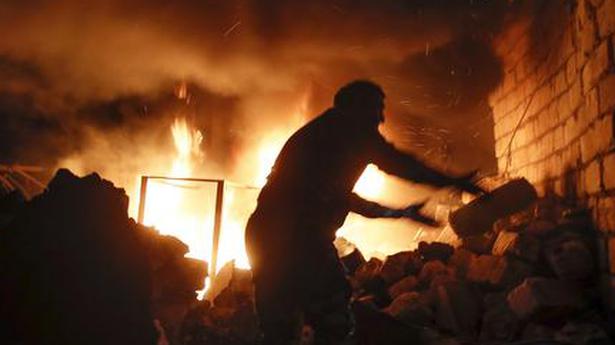