Dhirendra Singh, close to BJP MLA Surendra Singh, who shot and killed a young man in front of police officers and SDM in Ballia, Uttar Pradesh, is still out of the grip of the police. Meanwhile, a controversial statement has come from MLA Surendra Singh. The MLA said that he killed his father with the bat, which you are referring to as the accused. If someone kills someone’s father, someone’s mother, someone’s sister-in-law and someone’s daughter-in-law, there will be a reaction to the action. 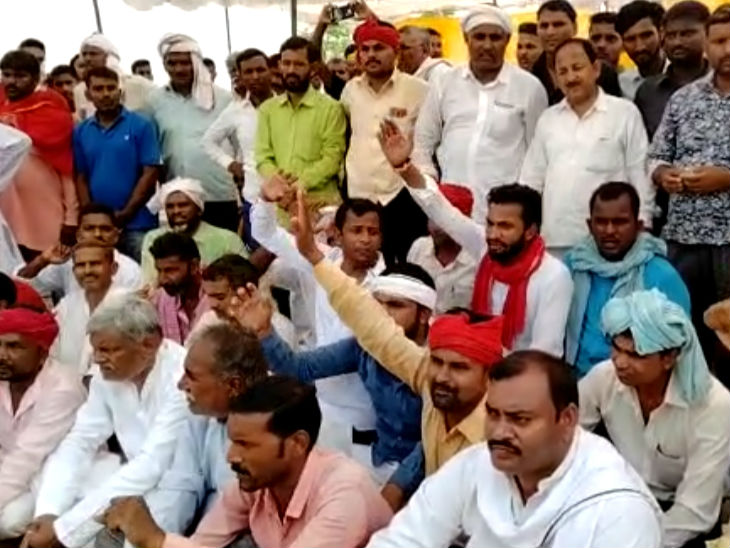 People sitting on dharna demanding compensation to the victim’s family.

On Thursday night, police raided the house of the main accused Dhirendra. But none were found. On this, a car parked outside the house of the accused was broken. 12 teams have been formed under the leadership of Additional SP Sanjay Kumar to nab the accused. The DIG is camping in Azamgarh village. DM Srihari Pratap said that the brother of the main accused named in the FIR has been arrested. So far one nominee and five others have been arrested. Dhirendra Singh is murdered with his license revolver. The license of all the accused will be revoked.

The brother of the deceased said – MLA Surendra convinces Dhirendra

Tej Bihari Pal, brother of the deceased Jai Prakash Pal, said that two candidates were fighting over the quota shop. The administration wanted to make the elections fair. Meanwhile, seeing the defeat, Dhirendra Pratap’s group started throwing stones and firing. The accused is retired from Dhirendra Army. The MLA lives with Surendra Singh. They have persuaded him. There were ten soldiers and two women soldiers on the spot. The police was protecting them. Was beating us When my brother fell after being shot, the police surrounded him, but took him away and tied him. 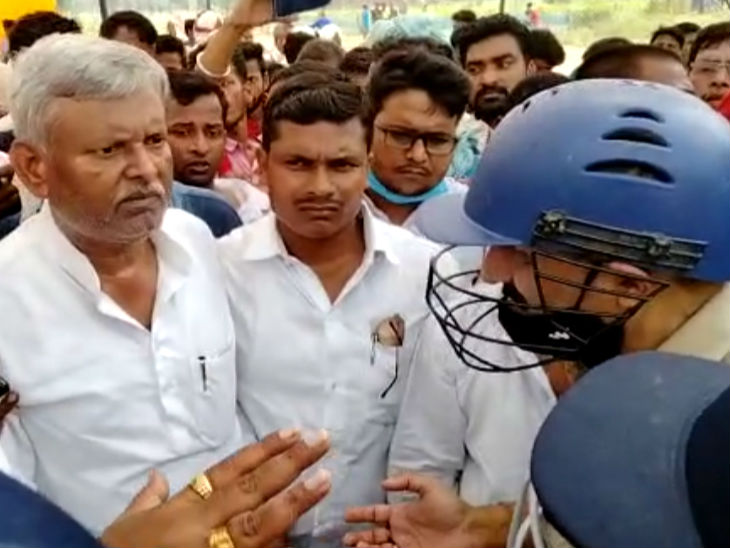 Nokazhok from SP Devendra Nath during the performance.

Accused ran away from the spot, this police negligence

DIG Subhash Dubey said that a case has been registered against 8 people along with the main accused Dhirendra Singh. Five people are being interrogated for custody. The police will take such action in this case that the person is forced to think many times before committing the crime. The accused ran away from the spot, this is the negligence of the police.

Jayaprakash, the victim of the shooting, will be cremated today. Police force is deployed in the village in view of tension. The body is being brought to the village from the post-mortem house. Several police vehicles are escorting back and forth. SP Devendra Nath told that till the funeral is complete, complete monitoring is being done. So that the environment of the village does not deteriorate. Police teams are raiding several districts of Bihar. The role of the policemen who have assisted in driving him away is under investigation. 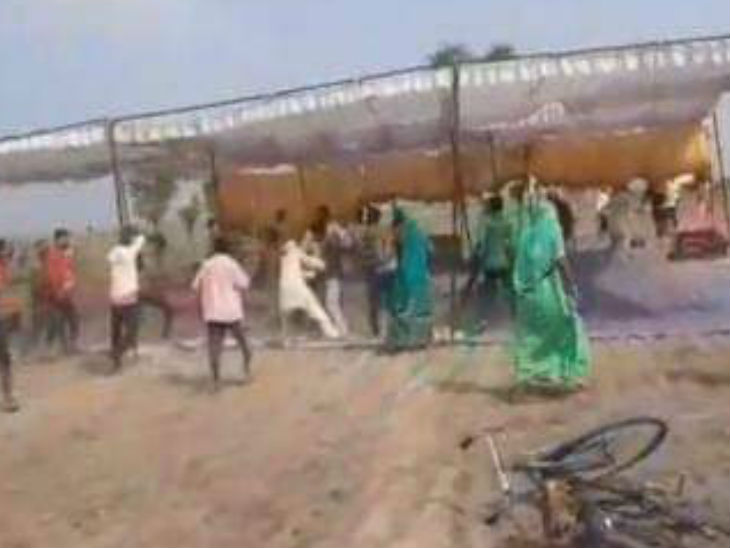 This photo is from Thursday. There was chaos after firing in the meeting.

Actually, a meeting was called at Panchayat Bhawan for two quota shops of Durjanpur and Hanumanganj. SDM Baria Suresh Pal, CO Baria Chandrakesh Singh, BDO Baria Gajendra Pratap Singh as well as the police force of Revathi police station were present. 4 self-help groups applied for shops. It was decided to vote between two groups for Durjanpur shop. Officials said that voting will be done by those who have Aadhaar or any other identity card. One side did not have any ID proof. A dispute between the two sides started over this. Then Jayaprakash alias Gama Pal was shot four times by Dhirendra.

U.P. The incident of Ballia in the city is very alarming and still it is clear from the harassment etc. that the law and order has died down. If the government pays attention to this, it would be better. B.S.P. This advice of

The truth of the law system has been revealed in Uttar Pradesh after a leader of the ruling BJP in Ballia, openly in front of SDM and CO, escaped after killing a youth.

Now see whether the government of Encounter also reverses the car of its people or not. #No_Would_BJP

Uttar Pradesh By-elections 2020 BJP Vs SP BSP Congress; Will the opposition win from Bharatiya Janata Party Without Alliance? | Opposition or Ekla will follow two-year-old formula; But one question is important – without alliance, BJP will be able to beat