Amaravati was supposed to be a greenfield world-class capital city. But when plans and politics collide in India, politics almost always wins. So, Chandrababu Naidu’s dream project is now in a limbo even after Jagan Reddy’s 3-capitals plan has taken a knock. But we need new cities in India, and politicians should understand this better than most, because Indian cities are bursting at the seams; almost 11% of the global urban population is in India. And many more people are headed to cities, with 73% of our population increase by 2036 expected to be in urban areas. This is both fantastic and nightmarish.

Fantastic because, as historian Lewis Mumford writes, the city is the most precious collective invention of civilisation, ideal for transmission of culture, ideas and entrepreneurial ecosystems. For the young it can mean the great escape from tradition. Its dense human clustering can be a climate good. Above all it gives out jobs. Nightmarish because 65% of India’s 7,933 urban settlements do not have any master plan, and the ones that do observe them more in the breach. This takes a terrible toll on the quality of life.

But should India be setting up greenfield cities or piggybacking satellite cities that grow out of big metros? There is an organicity to the growth of a Gurgaon or a Navi Mumbai while a GIFT City or an Amaravati are yet to prove themselves. The sensible way is to be catholic about choices, especially in a vast country like India, which has deep regional differences in culture, political mores and economic performance. More Gurgaons and Navi Mumbais will happen, but unless we build some Amaravatis India’s urban needs will be served poorly. For greenfield cities, politicians need to understand that building a great city is one of the finest legacies they can have.

How to win foes and get reforms through? Learn from past PMs 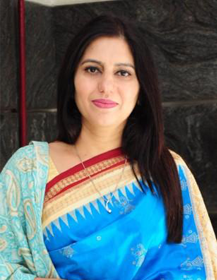 A morality tale starring MSP and you: See how one inefficiency creates a cascade of inefficiencies and who picks up the tab