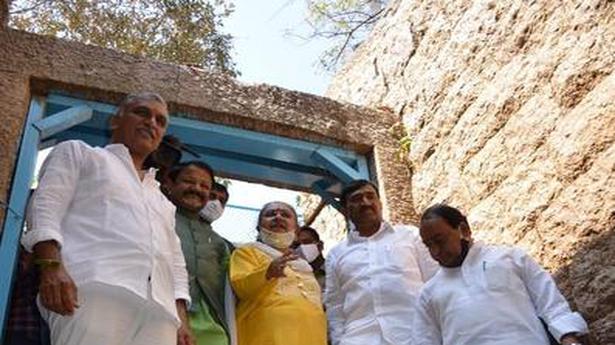 
Minister for Finance T. Harish Rao said that the urban park at Gajwel was developed at a cost of ₹ 7.5 crore and this would be a model for others.

Addressing media persons after inaugurating urban park at Gajwel along with Forest Minister A. Indrakaran Reddy, Forest Development Corporation Chairman V. Pratap Reddy and Principal Chief Conservator of Forests Shobha on Thursday, Mr. Harish Rao said that the urban parks are being developed to provide best environment for the public in concrete jungles.

“Sapling planting means nothing but offering a better future for next generations. This is the 36th urban park being inaugurated in the State. So far 240 crore saplings were planted in the State and green cover has increased by 4%. The entire world is looking at Telangana,” he said.

Boy dies on the spot as two-wheeler hits median