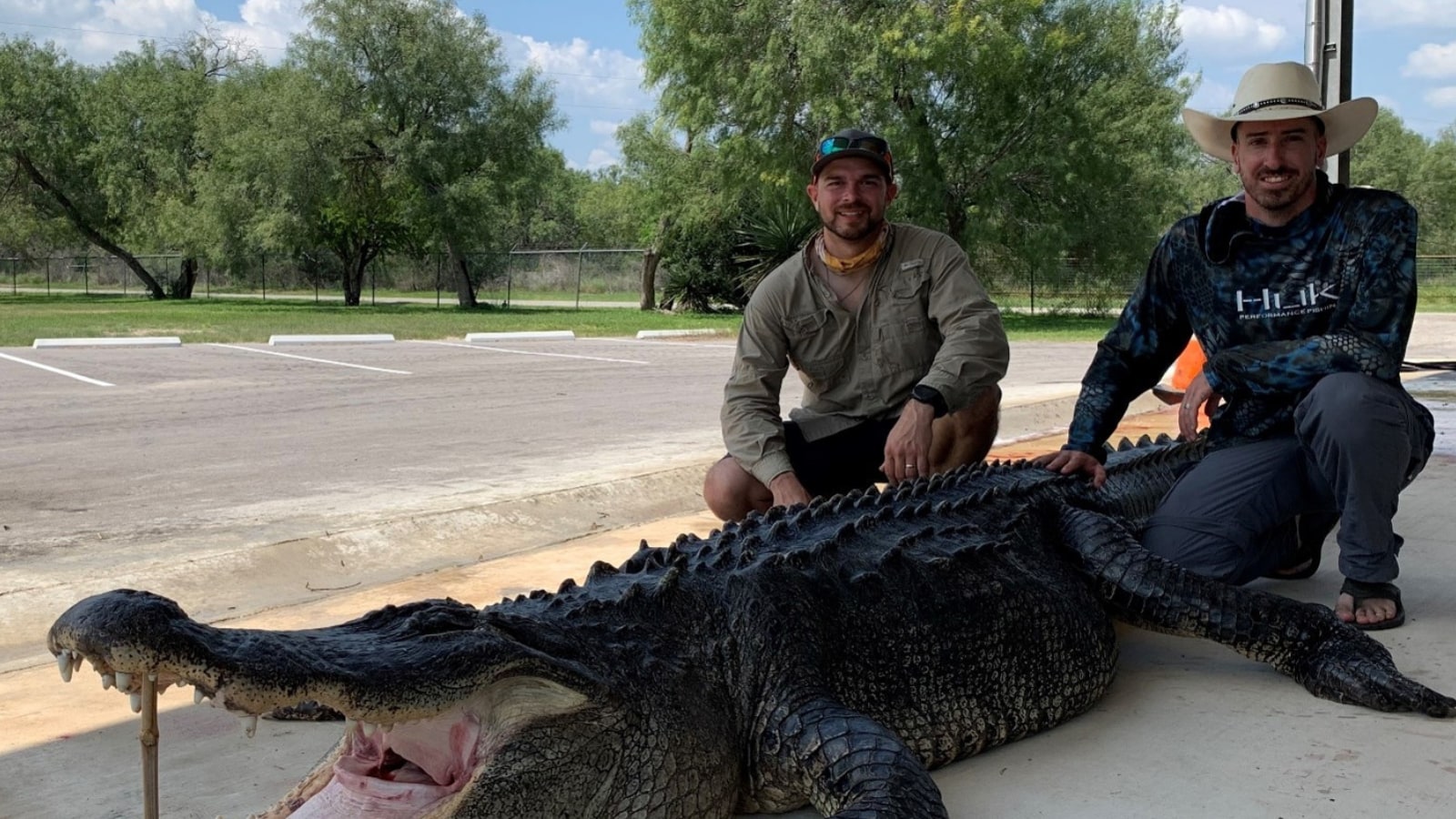 
cHunters in the United States have killed a 14-foot ‘once in a lifetime’ alligator as part of this year’s hunting season in Texas. A photo of the hunters posing with the dead alligator was shared by the James E. Daughtrey Wildlife Management area’s Facebook page on September 17. The season is a 20-day affair from September 10 till September 30. In the shared photo a giant reptile can be seen in the click with his mouth wide open supported by a wooden stick.

The hunters sat alongside it as they posed for the camera. The Wildlife Management Area described the alligator and wrote that it is a male alligator weighing 781 lbs. “14′ 2.5″ total length, 23.5″ head length,” shared the length of the dead reptile.

Facebook users did have amusing reactions to the post. One commented, “Solid dragon right there.” Another said, “How do you land something that big?!?! That had to be a fight getting him to the station.” Someone also added, “Wow now that’s a big gator!” “What a monster!” commented another user.

According to Smithsonian Institution’s National Zoo and Conservation Biology Institute, male alligators are larger than female alligators. The average adult size for a female is 8.2 feet and the male is 11.2 feet and can weigh up to 1,000 pounds (454 kilograms).

According to Bluebonnet News, the season was opened in Texas by a group of three men who caught a massive 13-foot, 4.45-inch alligator in the first week of the hunting season. Shane Lee from Tarkington told the local newspaper that was his first time hunting a gator.

According to Newsweek, the largest alligator ever caught was 15 feet, 9 inches and was caught by an Alabama woman in 2014. Notably, the number of alligators in the Southeastern US was depleted because of hunting and habitat loss leading them to be listed as an endangered species in 1967. Populations started to recover. However, in 1984, Texas began hunting wild alligators as part of a monitored program. ‘Wouldn’t Have Joined Politics If I Knew It’s So Dirty; Is Coal Scam Money Going to Maa Kali?’: Mamata