To ensure mandatory collection of garbage and waste segregation, the Belagavi City Municipal Corporation has been provided with over 300 readers to scan RFID tags installed in households, Deputy Commissioner of Belagavi M.G. Hiremath has said.

Chairing a coordination meeting at the Integrated Command and Control Centre (ICCC) set up under the Smart City Scheme in Belagavi on Tuesday, Mr. Hiremath said that already RFID tags have been installed on 1,12,669 property, including houses, and only compulsory use of tag readers will help in collecting correct data on waste collection and segregation. He asked the officials to ensure that the tag readers are put to use compulsorily.

Emphasising the need for creating awareness on the functioning of ICCC and the services available to citizens, Mr. Hiremath said that if the people received quick response and redressal to issues raised by them, then more will download the My Belagavi Citizen App and use it for availing themselves of different services. He asked officials of all departments to focus on this.

Pointing out that projects under Smart City Scheme will be handed over to the respective departments only after completion of all works, he said that it was necessary that all departments worked in coordination to get the benefit of the command centre.

Managing Director of Belagavi Smart City Limited Praveen Bagewadi said that already various facilities created under the scheme have been handed over to the municipal corporation and other departments.

Deputy Commissioner of Police (Crime & Traffic) Sneha P.V. mentioned some of the changes to be made in the mobile application so as to make it more people-friendly. 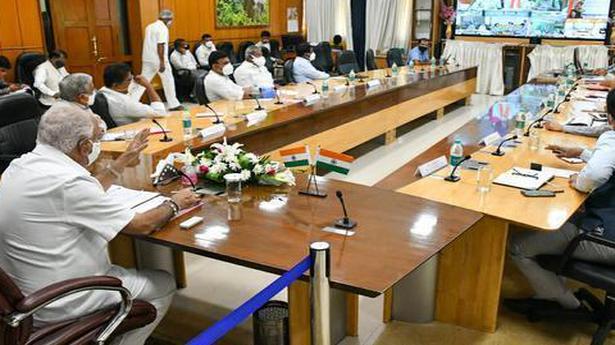