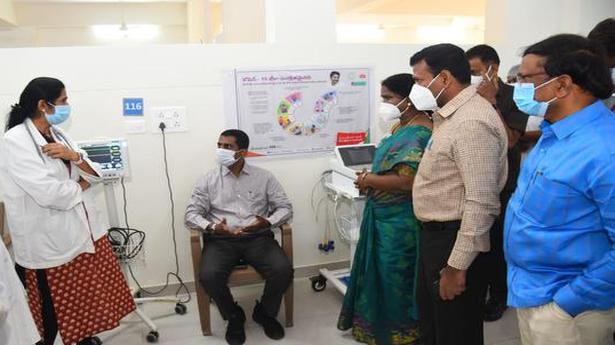 
Though the response to the vaccination drive from the frontline workers was overwhelming in the initial days, things are not the same anymore.

According to medical and health department officials, out of 1.5 lakh frontline workers, only 30,000 have been vaccinated so far and reports are that they have gradually stopped coming to the session centres.

The first phase of the jab for health workers commenced in the third week of January, amidst wide speculation that the vaccine would lead to side effects. However, the assurance and campaign of the authorities were successful in convincing people to get the shot. “The jab was given to over 90% of the medical officers in the government sector, but it was below 40% among the paramedical staff. Coming to the private sector, a majority of the doctors chose to stay away from the jab. They are hoping that a vaccine with more than 90% efficacy would hit the market in June. In private sector, some paramedical staff had even left their jobs, hoping to rejoin in the middle of the year. There is a strong apprehension among the paramedical staff that the presently released jab would have side effects after a couple of years and that when they go for another vaccine with 100% efficacy, it would be of no avail later,” a medical officer at a government hospital in Satyavedu said.

Despite reluctance of some workers, the first phase had still seen a better turnout of targeted persons than the second phase, where, about 3,500 of police personnel, including home guards in Chittoor police district, took the jab. “The police would get the jab from the fourth week of February, after the panchayat election duties get over. As the district is getting a very few cases daily, there is not much seriousness among our staff. So, we are not in a hurry. We can wait even till the end of the year to favour a vaccine with more than 90% effectiveness,” said a senior police officer in Chittoor.

District Medical and Health Officer M. Penchalaiah said that the drive would be intensified among the frontline workers. “So far, we have reached 33% of the target,” he said.

Referring to the death of a sanitary worker in Tirupati on Tuesday after getting the jab, Dr. Penchalaiah said that the worker was having both hypertension and diabetes, besides having cardiac problems. “We are waiting for the postmortem report to ascertain the cause of death,” he added.

Five fatalities push up toll to 555