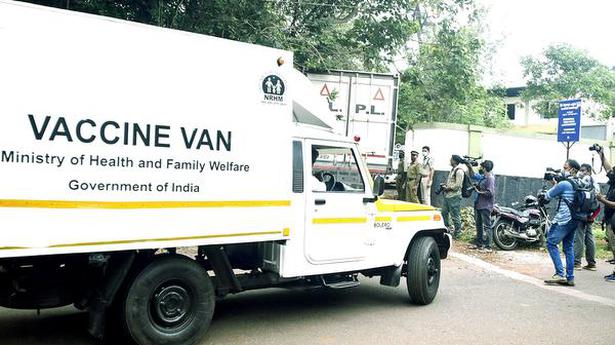 
As many as 1,19,500 doses of the Covishield vaccine manufactured by Serum Institute of India, Pune, reached Kozhikode district on Wednesday.

According to the Health Department, they were despatched by a special vehicle from the Nedumbassery airport in the morning. They were taken to the regional vaccine store at Malaparamba in the city by 4 p.m. T. Mohandas, District Reproductive and Child Health Officer, received the vaccine.

The vaccine is being kept in temperature-controlled boxes, with each of them containing 12,000 doses. The temperature should be controlled between 2 degrees Celsius and 8 degree Celsius during the storage and distribution. The vaccination drive will begin on January 16.

A total of 33,799 health workers, including those from private hospitals, have registered themselves for the drive.

Health workers will be vaccinated in the first phase, frontline workers in the second phase, and the the general public would get in the third phase.

Department officials said that 100 people would be vaccinated at each of the 11 centres one day. Each centre would have one vaccinator and four vaccination officers.

One additional special centre too had been arranged in each block. The officials claimed that COVID-19 protocol would be enforced in all these places. An ambulance would be kept ready if anyone develops uneasiness after getting the injection. Pregnant women and children would not get the vaccine.

The Malaparamba regional vaccine store is one of the three designated places to store the COVID-19 vaccine in the State. The vaccine would be despatched to Kannur, Kasaragod, Malappuram, and Wayanad districts as well as the Union Territory of Mahe from here. 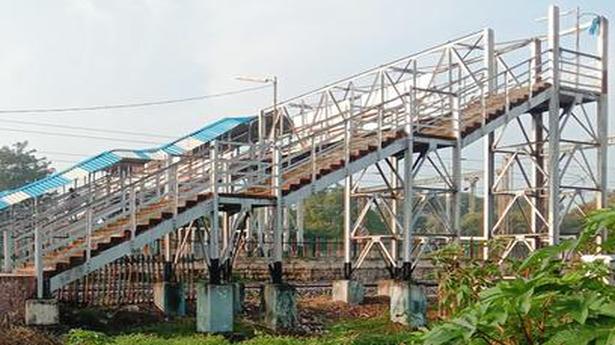