The‘Vairamudi Brahmotsava’ at Melkote in Mandya district will be held on March 31 and the authorities are expecting a large turnout of devotees from various parts of the State and from Tamil Nadu and Andhra Pradesh for the ‘darshan’ of Lord Cheluvanarayanaswamy.

The rituals as part of the grand spectacle will commence on March 19 and the “Kiritadharana Mahotsava”, where the idol of Lord Cheluvanarayana will be adorned with the diamond-studded Vairamudi crown, will be held on March 24.

In this connection, a meeting was held at Melkote today to discuss the arrangements to be made for the event. Former Minister and Melkote MLA C.S. Puttaraju, Deputy Commissioner M.V. Venkatesh, Pandavapura Assistant Commissioner Shivanandamurthy and others attended.

The deputy commissioner told the Pandavapura taluk officials to make all arrangements, including safe drinking water, temporary toilets, ambulance, security and other required facilities in anticipation of a big turnout of devotees.

Mr. Venkatesh directed the officials to ensure special illumination of the temples and proper parking arrangements in the town besides uninterrupted power supply, road repairs and special bus services to the town.

The entire temple precincts and the kalyani area should be spruced up, he said, adding that steps should be taken for keeping waste bins at various places to ensure hygiene and deployment of traffic police for handling vehicle movement. If necessary, introduce one-way traffic so that no road faces any congestion, he said.

Mr. Puttaraju suggested providing drinking water facility to devotees at five places across Melukote and setting up temporary toilets at five places. Each village in and around Melkote should be lit with bright lights and special illumination provided to the Yoga Narasimhaswamy Betta, he added. 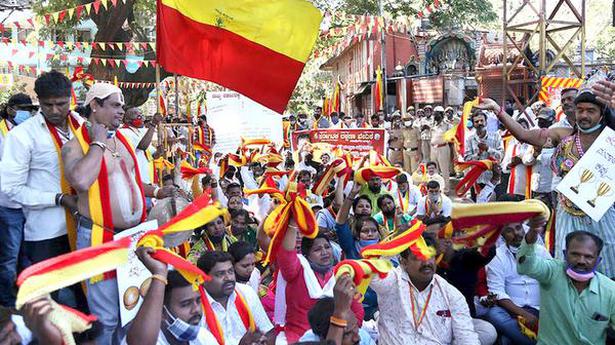 Karnataka bandh: autos, taxis to be off the road on Dec. 5