America’s 49th vice-president hosted a party at her Naval Observatory home for all her predecessors living and dead. John Adams and Thomas Jefferson were the first to roll in. “Hello John. You called this the ‘most insignificant office ever that the invention of man contrived.’ That’s what happens when men contrive things,” she said. “And you, Thomas, regarded the office as a ‘tranquil and unoffending station.’ Care to tell me what you smoked when you guys wrote the Constitution?” The Founding Fathers winced, wishing they had written a better job description for themselves instead of letting Madison manage things.

Next in line was Aaron Burr, the third V-P, who had shot dead the treasury secretary Alexander Hamilton, gone into hiding, flirted with secession, and returned to his post as if nothing had happened. “You really pushed the boundaries,” 49th told him. “Some day you have to tell me how you got away with talking about secession and sedition. I just mentioned pot and got hammered by conservatives. And by the way, thanks for the Broadway play.” The next two, Daniel Tompkins and Richard Johnson, staggered by arm-in-arm quite sozzled, and were ignored by 49th. She had been told Daniel, the 6th V-P, was a “degraded sot” who was so drunk most of the time that Congress docked his salary. Richard, the 9th, was so chronically in debt that he abandoned his job and fled to Kentucky to run a tavern.

“It’s all very well for you to sneer at us now. But back in the days the V-P didn’t have an official home and we had to stay at boarding homes paying for our own lodging. No one cared for us. I actually died unrecognised on a railway platform,” said the next guy, introducing himself as Schuyler Colfax, the 17 V-P. “I hadn’t even heard of you. Schuyler Colfax, huh? And they have trouble pronouncing my name!” said 49th. “Not funny. Your job has been upgraded. We were nobodies. In fact, I died during a presidential campaign and they didn’t even bother to replace me. People elected me V-P when I was dead,” said James Sherman, the 27th. “Indeed, I am still waiting for my President Grover Cleveland to consult me on something of consequence,” chipped in Adlai Stevenson, the 23rd.

Suddenly a young man of 78 came bounding up to 49th. “My name is Joe Biden and I’m the 47th. What are you doing in my home? I think you may be in the wrong house,” he said.

Why a safe TDS level does not imply safe drinking water? What are the possible solutions? 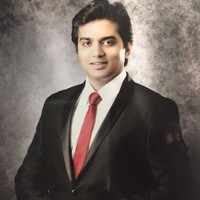 The future of commercial real estate

Title war: Karan Johar asked for forgiveness but will not change the title, Madhur Bhandarkar said – accept the apology but I expected something else