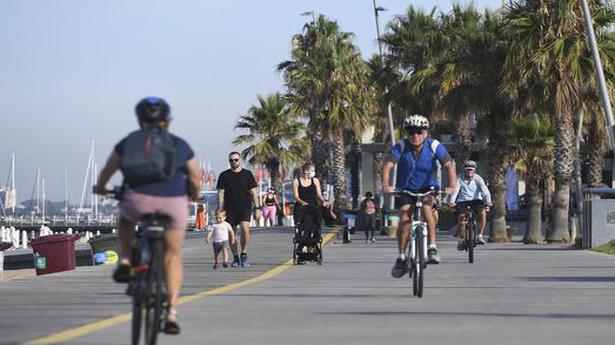 
The Australian Open will be able to open its gates to fans for the last four days of the tournament after the state of Victoria announced that a snap coronavirus lockdown would be lifted at midnight on Wednesday.

Victoria State Premier Dan Andrews announced the lifting of the lockdown but said the crowds allowed into Melbourne Park for the semi-finals and finals of the Grand Slam might be reduced from the originally agreed 25,000 a day.

“There will be meeting early this afternoon … where we go through and work through exactly what is a safe number and that decision will be made as soon as possible,” Mr. Andrews told reporters.

“They were already reduced, they may have to be reduced a little bit further, but that matter will be resolved in the next few hours.”

Tournament organisers said they expected crowds would be back on Thursday and would make a full statement later on Wednesday after the details were worked out.

Fans were shut out of the precincts of Melbourne Park from last Saturday after a small outbreak in the city of the COVID-19 variant associated with Britain. The state reported no locally acquired coronavirus cases on Wednesday.

Tournament organisers will be desperate for fans to return after spending a huge amount of money to get the tournament up and running, including some A$40 million ($31 million) on putting players through 14 days of quarantine.

Tickets were already available for purchase online on Wednesday morning ahead of the government’s announcement, with some seats for Sunday’s men’s final at Rod Laver Arena still available at A$550 each. Doing their bit to help the needy

One thought on “Victoria to lift lockdown, crowds likely to return to Australian Open from Thursday”