The candidates backed by the YSRCP have won 80.51% of the seats in the panchayat elections in the State and this tells it all about the support the ruling party has from the people, Minister for Panchayat Raj and Rural Development Peddireddi Ramachandra Reddy has said, adding that the aspirants supported by the TDP have won only 16.05% of the seats.

“The candidates supported by the YSRCP have swept all the four phases of the polls, which is an indicator to the support base of the party, while indicating that the TDP has lost its base further,” the Minister told the media at the YSRCP central office here on Monday.

He accused the TDP of making fake publicity with distorted numbers.

“The TDP claimed that the candidates supported by it had won 41 % of the seats. N. Chandrababu Naidu tried to manage the system, but failed. He should realise that the people have rejected the party outright,” said the Minister.

At a separate press conference, Minister for Water Resources P. Anil Kumar Yadav said that TDP would have confined to single-digit seats, if there were no YSRCP rebel candidates.

“The TDP was rejected even in Kuppam, the assembly constituency Mr. Naidu represents. The candidates backed by the party have won only eight seats,” said Mr. Anil Kumar.

The Minister also criticised the TDP president for citing police atrocities as a reason for the defeat of the candidates backed by the party.

“State Election Commissioner N. Ramesh Kumar has said that the panchayat elections were conducted in a peaceful way. The YSRCP will also win the municipal, MPTC and ZPTC elections as well,” he said. 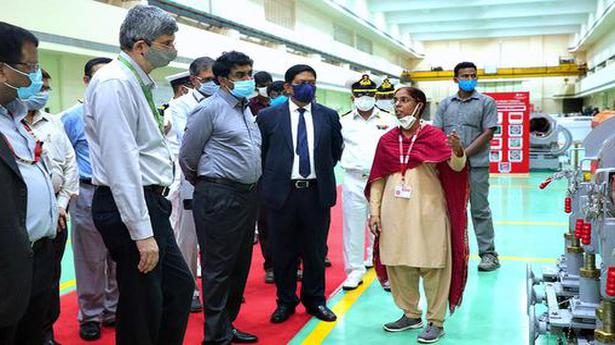