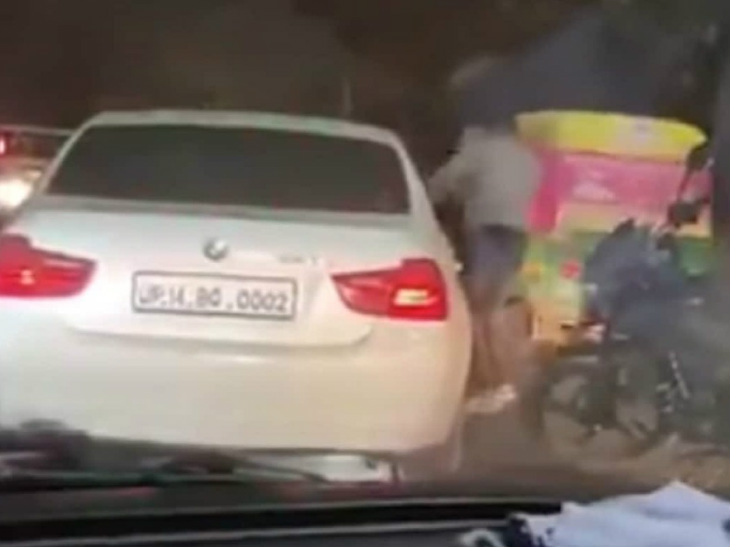 This photo is from Ghaziabad. A young man tries to stop the car rider.

In Ghaziabad, Uttar Pradesh, a video has surfaced of a BMW car miscreant firing on a youth. It is alleged that car goons goaded on the first couple riding a bike. When the young man stopped the bike and opposed it, he fired on it from the driving seat. It is a matter of honor that the young man survived narrowly. Police has registered a case in the case. The search for the accused is on.

The entire case is from Avantika area of ​​Kavinagar police station area. It is alleged that some youths of luxury car BMW passed through a bike riding couple on Wednesday night. Just then, car riders made statements on them. Meanwhile, the car was also hit by a bike. On this, the young man stopped the bike and tried to catch the young man sitting on the driving seat of the car, but then he was fired on. However, the young man was not shot. This incident was captured by people running from behind.

In the initial investigation of the police, the person whose name is registered in the vehicle resides in Shastrinagar area of ​​Ghaziabad. The police also reached him. But it turned out that this person had sold this car to a person living in Kaila Bhatta area a few months ago. Now the police are constantly raiding in search of him.

Case filed against the accused
SP City Abhishek Verma said that a video of miscreants roaming the car was found while firing in Sector 10 of Rajnagar. The police have registered a case based on the video. The case has been registered under 307 IPC and 279, Section 7 Criminal Law. The search for the accused is on. 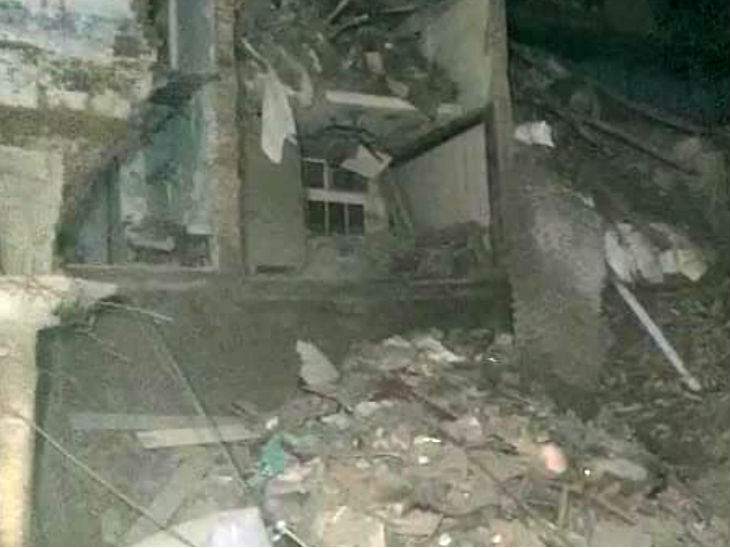 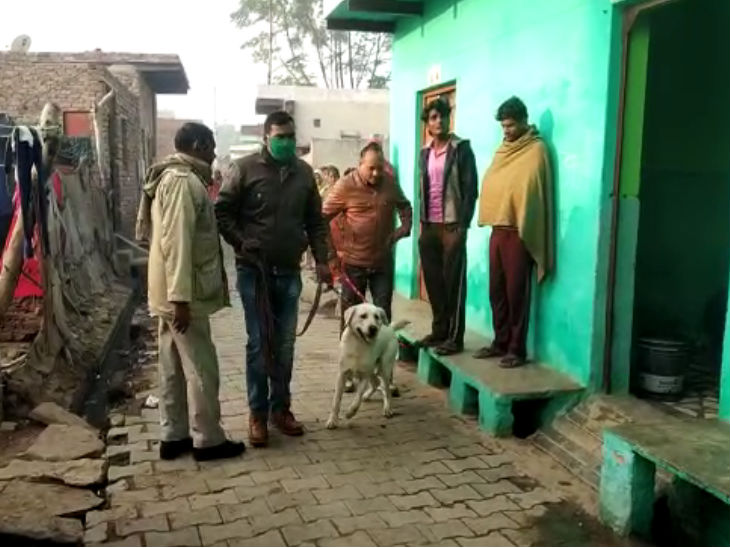 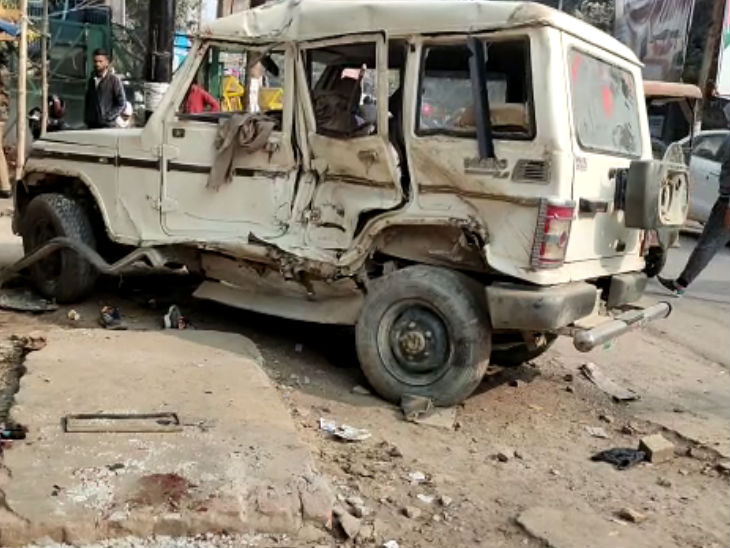